Major Case on Chinese and Cypriot Coins Should Be Heard 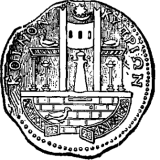 The Ancient Coin Collectors Guild has asked the US Court of Appeals for the Fourth Circuit to overturn a lower court decision that allowed significant overreach by US government agencies. The Guild filed a reply brief  in the ongoing forfeiture action concerning two lots of relatively low value Cypriot and Chinese coins that the Guild imported for purposes of its test case.

The Guild summed up the position taken in the initial brief as:

The Guild has argued that the district court could not assume away important elements of the government’s case merely because its coins were of types subject to import restrictions. Under the Convention for Cultural Property Implementation Act, the government may only seize and forfeit archaeological and ethnological objects “first discovered within” and “subject to export control by” specific countries. And even then, the government must make some showing that the articles left that country after the effective date of those regulations. Here, at most, all the government showed was that the coins were of types on the “designated lists” for Cyprus and China.

The government’s response did not address the arguments raised by the Guild in its initial brief. Instead, according to ACCG’s lead attorney, Peter K. Tompa, despite having previously said in an earlier declaratory judgment action that the Guild would get due process in a forfeiture action, the government now claims the Guild already received all the process that was due to it in the prior declaratory judgment action.

The Guild’s reply brief argues that the District Court violated the Guild’s constitutionally-based due process rights when it excused the government from making out important elements of a case for forfeiture.  The brief also argues that its due process rights were violated when the District Court struck the Guild’s Amended Answer sua sponte (on the Court’s own initiative), precluded relevant information gathered from the other party in discovery and disallowed expert testimony.  The Guild has asked for oral argument before the Fourth Circuit Court of Appeals. The Guild’s reply brief may be found here.

The Committee for Cultural Policy was one of six organizations that joined to file amicus briefs in support of the Guild, including (1) American Numismatic Association; (2) Association of Dealers and Collectors of Ancient and Ethnographic Art; (3) Committee for Cultural Policy; (4) Global Heritage Alliance; (5) International Association of Professional Numismatists and (6) the Professional Numismatists Guild.

The brief filed by the Committee for Cultural Policy, the Association of Dealers and Collectors of Ancient and Ethnographic Art, and Global Heritage Alliance stressed that the District Court had committed errors; it could not excuse the government from establishing important elements that it needed in order to prove its case. The amicus brief by the American Numismatic Association, International Association of Professional Numismatists and the Professional Numismatists Guild argued that the District Court made another error when it accepted a Fourth Circuit ruling holding that it was correct to assume that all coins on the Designated List were actually “first discovered within” China or Cyprus, and in so doing, the Court “wrote out” an important part of the statute, the Cultural Property Implementation Act (CPIA). The amicus brief pointed out that Congress should not be presumed to mean two different things with the same word, “discovered,” in the same section of one statute. In fact, the brief held, Congress intended that the CPIA protect the rights of dealers and collectors who buy unprovenanced items such as coins.

The  amicus briefs are  here and here.