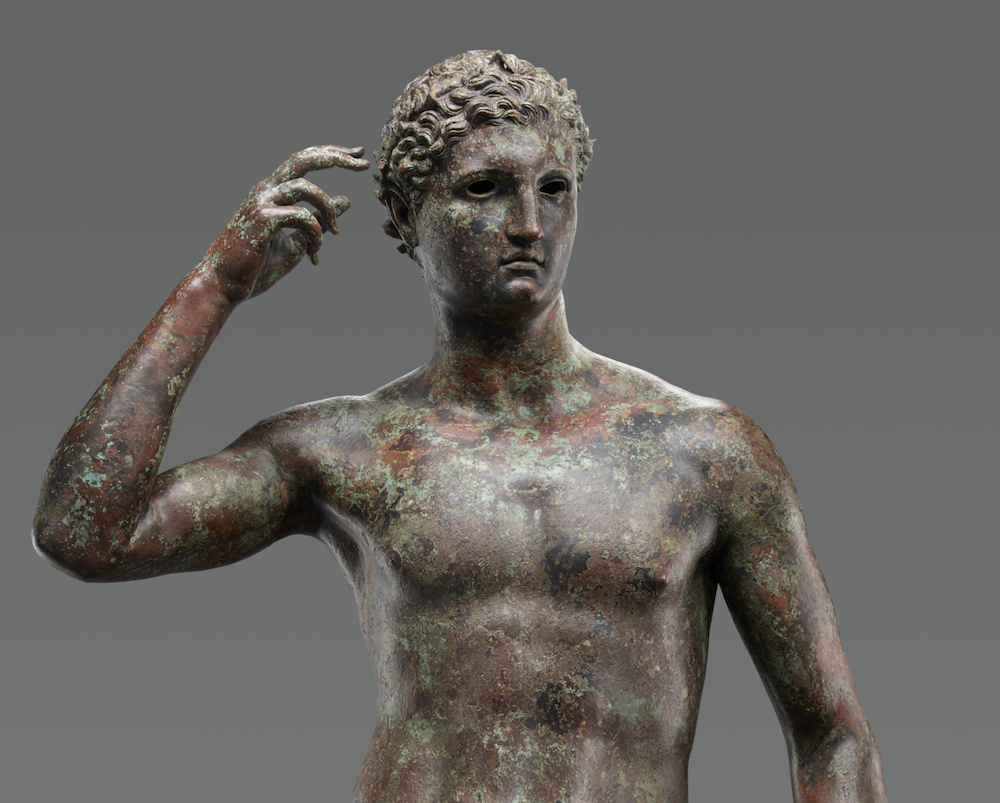 On December 10, 2018, the Italian Court of Cassation, Italy’s highest court, issued a ruling in a decades-long case. The court held that the world famous statue known as the Victorious Youth – a masterpiece in the collection of J. Paul Getty Villa located in Pacific Palisades, California – belongs to Italy.

The Court of Cassation did not describe how it came to its conclusion. This 2018 decision contradicts a 1968 ruling by the same court that there was no evidence that the statue belonged to the Italian state.

The history of the Greek statue’s discovery is now well known, and most observers agree that it does not establish at best much more than a tenuous association with Italy. The Getty has firmly rejected the Italian claim, both on the facts known about the statue’s discovery and the supporting law.

Nonetheless, Italian prosecutors have stated their intention of following the court’s direction to seek the statue’s seizure in a forfeiture action by U.S. authorities, and its return to Italy. Any claim made by Italy under U.S. law and over the Getty’s objections, would have to be enforced by an American court.

Italy would essentially be asserting that a ruling by an Italian court, that an object was state property, would be binding in a U.S. court, based on the illegal export of the object from Italy, even though the work was not from Italy and had not been discovered in Italian territory. Italy would need to argue that the Getty was deliberately negligent, in spite of the prior rulings by its own courts, and without substantive new evidence.

Even if the Italian case were stronger, and even if Italian courts had not made completely opposite rulings in prior cases involving the statue, accepted principles of international law do not support enforcement of export laws as penal laws of other nations. That is – U.S. courts enforce U.S. laws, not foreign ones. Despite this, one legal process for demanding the statue could be through a Mutual Legal Assistance Treaty (MLAT) request by Italy for help of U.S. authorities in gathering evidence and effecting a seizure.

Derek Fincham, a cultural property specialist and associate professor at the South Texas College of Law, describes using an MLAT as “an important new strategy nations of origin may employ” in his 2013 article, Transnational Forfeiture of the Getty Bronze.[i] (Fincham’s article and the 2011 book by Jason Felch and Ralph Frammolino, Chasing Aphrodite: The Hunt for Looted Antiquities at the World’s Richest Museum, are the sources for many of the details of the history of the statue in this article.)

A formal request to American authorities under a Mutual Legal Assistance Treaty may be an option, but such requests, though made frequently by other national authorities, often have little effect. Turkey and Peru make MLAT requests for minor items being sold at auction with regularity, and are as often rebuffed for lacking any proof of illegal sale. Italy has had a very successful run against American museums already using the pressure of negative publicity, but in these cases its authorities were generally armed with proof of illicit excavation. That is not the case here.

Persons advocating repatriation to Italy have also noted that since 2000, there has been a U.S.-Italian agreement under an American cultural property law, the Convention on Cultural Property Implementation Act. However, this agreement does not apply to objects imported into the U.S. prior to its signing. Even if it did apply retroactively, its provisions would apply only to artifacts first discovered on Italian territory, not to a statue dredged up from international waters and clandestinely dragged ashore. Moreover, the same law has an exclusion granting safe harbor in the U.S. for objects that were purchased in good faith by a U.S. museum and exhibited for several years.[ii]

Experts believe that the bronze statue was likely cast in a Greek city in the 2nd or 3rd C. BCE. (Italian officials still claim the statue was made by the most famous of Greek sculptors, Lysippos, in the 4th C. BCE, but this is now discounted by scholars.) It appears to have been transported in an ancient vessel from Greece to another unknown destination, and the ship that carried it is presumed to have been wrecked in what are now international waters.

The finding of the statue

The statue was discovered in 1964 by fishermen from the village of Fano in Italy, in international waters between Italy and Yugoslavia. They dropped nets from a trawler, the Ferrucio Ferri, and in the morning, retrieved the heavily encrusted statue. Strangely, the fishermen’s violation of Italian law  – secretly bringing it to Fano, hiding the statue by burying it in a field, and then clandestinely selling it without reporting anything to the authorities, resulting in the statue’s unauthorized removal from Italy  – is the legal justification for Italy’s claims to the statue.

The question is, how does the statue’s brief sojourn in Italy make it an object of Italian cultural heritage? An arcane and technically convoluted explanation has been adopted by some to build a case for Italian ownership: since Italians broke the law in bringing the statue to Italy and then broke it again in removing it, the statue is therefore subject to ownership by the Italian state.

This theory has a somewhat self-fulfilling aspect that is reminiscent of the perspective of the villagers of Fano. Far from being ashamed of the fishermen’s actions, the town has shops and streets named after the statue’s supposed creator, Lysippos. (No matter that it’s now held to have been made centuries after the sculptor’s death.) The villagers also assert that its discovery made the statue not only Italian, but theirs. As NY Times reporter Elisabetta Povoledo reported in 2010, ““The statue and its discovery has become part of our culture and folklore,” said the town’s mayor, Stefano Aguzzi, in an interview. “It’s clear we have a claim to it.”[iii]

The most accepted version of the story, as it continues, is that the crew of the trawler sold the statue to two brothers, local buyers of antiquities, Giacomo and Fabio Barbetti. Such a valuable discovery could not easily be concealed in a small rural region, and the brothers hid the statue for a while with a local priest. From that point, it is not certain when or how it left the country. Someone sent the police a letter describing the brothers’ attempts to sell the statue in Germany, and although unable to locate the statue, the police filed charges against the brothers in 1965. They were initially acquitted for lack of evidence in 1966, in part due to questions about the finding in international waters, but in a second trial were convicted of receiving stolen property, and then their conviction was overturned by the Italian Supreme Court. Other court proceedings were initiated in 1973 and 1977, but were dropped. This series of reversed convictions and abandoned prosecutions later figured in the Getty’s decision  that Italy had no legal claim to the statue.

Purchase by the Getty Trust

In 1971, the statue surfaced in the ownership of an art-holding company, Artemis, that had European and American partners. Artemis offered it for sale, with the story that the company had purchased it from an Italian collection in Brazil. The owner there was not identified. The statue was cleaned and restored in Germany and offered for sale from there by Artemis to U.S. museums, including the Getty and the Metropolitan Museum in New York. Getty was interested in the statue but was said to have concerns about the legality of acquiring it. (He was also notoriously parsimonious and did not like the price.) On Getty’s death in 1977, the surprise discovery of his massive gift of $700 million in his will to the Getty Trust, made it the richest museum in the world. The Trustees decided to purchase the statue for $3.98 million from Artemis and to make it the focal point of an expanded museum at Getty’s Pacific Palisades location.

A twenty year hiatus, then a renewed Italian claim

Between 1974 and 1995, while there were brief demands from Italy for return of the statue, it was generally acknowledged in museum circles that Italy’s claims were not legally sustainable. However, a complex case involving Getty antiquities curator Marion True that began in 1995 placed the Getty’s past acquisitions into the spotlight.

Accusations of numerous purchases of Italian-origin antiquities by the Getty (especially by its free-wheeling former antiquities curator Jiri Frel) resulted in the prosecution of curator Marion True before an Italian court. The Italian authorities were in a position to demand the return of forty extraordinary masterpieces from the Getty, repatriations which were negotiated along with agreements for long-term loans, publications and other benefits for both the Getty and Italian museums. As part of these lengthy negotiations, the Getty bronze statue was once again sought by Italy.

The Getty has remained firm in its response that the Italian court has no legal or evidentiary basis for changing its position with respect to its prior prosecutions in which no one was convicted of a crime. The same Italian courts have acknowledged more than once that the statue was found in international waters, and explicitly rejected the claim of ownership by the Italian state.

The Getty Museum’s relationship with Italian cultural officials may have been strained by the unrelenting demands of Italy’s police and prosecutors, but the museum remains one of the most generous sponsors of conservation of Italian art and monuments, funding for traveling exhibitions from Italy, and training for museum and conservation staff that Italy has ever had.

A noteworthy exhibition that grew out of this cooperation was the 2015 traveling exhibition Power and Pathos, which was made up of outstanding examples of Hellenistic sculpture in bronze. The sculptures included the Getty bronze of the Victorious Youth, and spanned the period from 323 BC to 31 BC.  It brought together approximately one quarter of the known bronze sculptural works of this 300 year period, many loaned from Italy but also sourced from the collections of the Getty and other American museums. Getty director Timothy Potts called the exhibition, “one of the most important exhibitions of ancient classical sculpture ever mounted.”

The paucity of the remaining sculptures in bronze from this period is likely the result of the metal’s usefulness; bronzes were less likely to be preserved than objects of stone because they could be recycled into other sculptures, arms, and other objects.

The present situation and immediate future

The Pesaro court judge’s written ruling is expected soon. But despite the court’s order to seize the statue, the Italian ruling would have to be enforced in the United States. Certainly, given the serious research done by the Getty on the background known at the time of its purchase, an Italian argument that the Getty was willfully negligent when it acquired the statue fifty years ago will be met with skepticism.

In the meantime, the villagers of Fano insist the bronze is theirs by virtue of the fisherman’s find and the romance the story has engendered. They point to larger-than-life copy of the bronze, erected at the entrance to the port by the local Fano chapter of the Lions Club. Since the announcement of the court’s reversal and its order that the statue be returned, a tiny group of protesters has picketed in front of the Pesaro courthouse demanding its return.