Home > Global Art > Is ICE Writing Its Own Laws? The Curious Case of the Chandler Museum

Is ICE Writing Its Own Laws? The Curious Case of the Chandler Museum 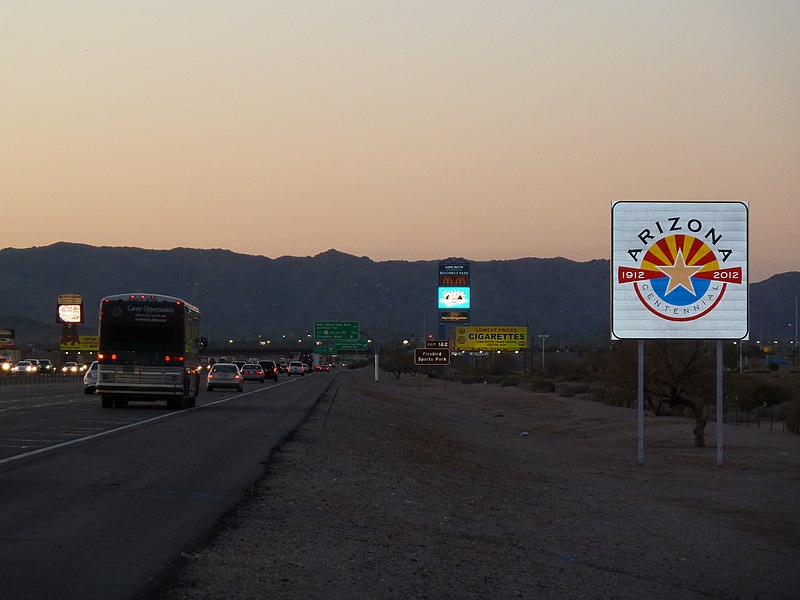 A recent return of pre-Columbian objects to Mexico from a small town historical museum has raised questions about whether US agencies are encouraging citizens to give up privately owned objects for which there is no evidence of unlawful ownership or crime, and then returning the objects to foreign countries that haven’t made a claim for them. Are US agencies taking the position that they are doing something good when returning art to countries of origin, irrespective of the circumstances? Have government agencies become advocates for repatriation as a matter of principle?

These questions are difficult to answer without access to internal agency decision-making, but several incidents in recent years indicate this may be so.

We are not speaking here of legal actions to recover known objects taken from the inventory of a museum, church, storehouse or archaeological site. In such cases, the theft may be prosecuted without time limits under US law. If an object has been stolen, a seller cannot pass good title to it. Some European nations – and Japan – have statutes of limitation for such claims or rules regarding purchases made in good faith but in the US, stolen is stolen. 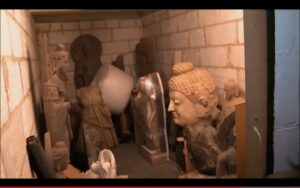 Nonetheless, even criminal cases may result in embarrassing moments. In June 2016, representatives of the government of India in Washington, DC accepted the return of hundreds of items seized from accused smuggler Subhash Kapoor. Visiting Prime Minister Narendra Modi acknowledged the return of these ‘irreplaceable cultural treasures’ with fulsome gratitude.

The Indians were being polite. Countering many exaggerated claims about the value and importance of Kapoor’s supposed $100 million dollar inventory is an October 10, 2016  article by Amrita Madhukalya. In it, an official from India’s cultural ministry commented on the return of the ‘cultural treasures’:

“Globally, countries are quick to send back items. Last month, we acquired some antiquities from the US. The officials sent a large number to the Indian Consulate’s office. We brought back what was genuine, and left the rest there.”

In the last decade, frequent claims to art and artifacts have been made by foreign countries against museums, auction houses and galleries in the United States and Europe based upon national ownership laws in the country of origin. Although a minority of demands for return are based upon actual investigations of criminal activity, others are repetitive, seemingly nuisance claims made against any object from that country offered for sale. Some claims may arrive through official channels: US agencies including the FBI, Homeland Security and ICE are obligated under Mutual Legal Assistance Treaties to assist other nations with evidence gathering and delivery of documents.

Other claims emanate directly from foreign embassies. The Government of Peru is known for sending letters directly to auction houses asserting that items listed for auction have been “stolen” under its laws. The letters usually arrive only a day or two prior to the scheduled sale. Last-minute demands often result in the auction house removing the item from sale in order to have time to investigate the claim.

In February 2021, the Government of Mexico attempted to halt a Paris sale held by international auction house Christie’s. Without providing evidence that the thirty-two objects that it sought for return had been stolen or exported illegally, Diego Prieto, director general of the National Institute of Anthropology and History (INAH) made an ideological rather than a legal argument for the return: “There shouldn’t be trade in national treasures.”

Christie’s response went to its responsibilities under the law: “Under no circumstance would Christie’s knowingly offer a work of art where we know the property to have been looted or illicitly obtained.” 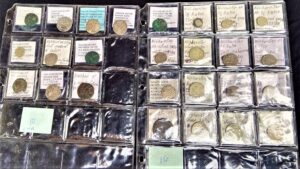 Coins, probably from Afghanistan, seized at Canadian border. They were offered to Afghanistan, which didn’t want them. Photo Homeland Security Investigations/ICE.

Homeland Security Investigations (HSI), the investigative arm of the Department of Homeland Security and Immigration and Customs Enforcement (ICE) also appear to be taking actions to quietly return objects that have not been claimed by countries of origin. The items are often quite ordinary antiques and not of particular historical or aesthetic interest, and there may not be evidence that they are illicit. Take the example of the 2017 seizure at the Canadian border of a number of common Hellenistic and Islamic coins carried by a US traveler, each one identified and in coin holders, that were possibly from Afghanistan. According to an ICE press release, the coins appeared similar to others on a Red List from Afghanistan. How did ICE decide it could seize the coins? “HSI conducted a consensual interview with the suspect and determined he had no documentation showing the antique coins legally belonged to him.”

The traveler abandoned the coins to Customs and Border Control rather than dispute the seizure – disputing a customs seizure inevitably will result in a criminal investigation, a costly process to defend against. An ICE spokesman told the press, erroneously, that the fact that some had bronze disease indicated that they were illegally excavated. Whether there was actual evidence of illegal removal was not stated. The coins were offered back to Afghanistan, which didn’t want them, and finally given to the University of Washington in Seattle in 2020.

Don’t ask ICE if an item should be returned; they’ll say “Yes.”

It also happens on the death of a collector of ancient objects, that the decedent’s family is unsure what to do with them. Wanting to meet any legal obligations required after a death, they may contact US authorities. In one case known to CPN, a collector’s family contacted federal agents in Albuquerque, NM to ask if there were any special steps to take regarding the deceased’s very large collection of pre-Columbian artworks, collected decades before. “We’ll be right over to get them,” the family’s attorney was told. Agents arrived, packed the entire collection and took it away. The attorney was later surprised to learn that there was no legal justification for federal agents to take the collection.

The curious case of the Chandler Museum 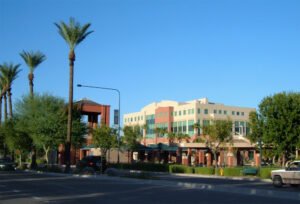 Their curiosity sparked by the unusual circumstances, the International Association of Dealers in Ancient Art recently looked into the return of ten shaft tomb figures valued in total between $25-$46,000 from a small museum’s collection in Arizona. The IADAA’s March 2021 newsletter reported:

“In an extraordinary case, a news channel in Tucson, Arizona has reported on the discovery of Mexican artefacts in storage in a museum that were then returned to Mexico by US Customs.

The report details how the Historical Society of Chandler, a suburb of Phoenix, had found the artefacts in storage at the local museum [the Chandler Museum] and contacted Homeland Security, who brought in Immigration and Customs Enforcement (ICE).

“It immediately sparked a ‘Hey! This looks like something we may not have; it may be culturally protected property,” said ICE agent Scott Brown in an interview broadcast by the TV channel.

Again, however, while the article clearly reports a separate seizure of close to 300 items at the border that were also returned to Mexico at the same time, it gives no indication that the museum was holding the artefacts illegally. 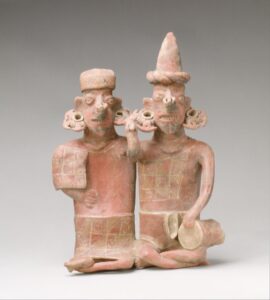 Meanwhile, from the accompanying TV interview, Agent Brown appears to consider that it is simply the fact that they are cultural objects that makes their discovery in the museum suspicious – a bizarre viewpoint under any circumstances.Even more bizarre is the report’s claim that, “by international law, when discovered, items should be returned to their home country.” What, even if they are not stolen or illegally exported? Again, the report doesn’t say.What follows is even more confusing: “Brown said if these items aren’t being smuggled illegally, they usually wind up with unwitting people.”

Is this an admission that they weren’t smuggled? If so – and it appears to be – then it also appears to confirm their belief that their compulsory return to Mexico is based purely on their being Mexican artefacts, ruling out all considerations of legal ownership status. The Art Newspaper’s coverage of the same story is no clearer on the status of the artefacts from the museum.

IADAA contacted ICE for clarification regarding the Chandler Historical Society artefacts, asking: “It does not say whether the items in question had been looted, stolen, illegally exported from Mexico or otherwise trafficked. Was this the case, and how was this brought to light?”

ICE responded: “They [the society] were conducting inventory and noted the items as perhaps not items that they should be in possession [sic]. They then called HSI for assistance.” 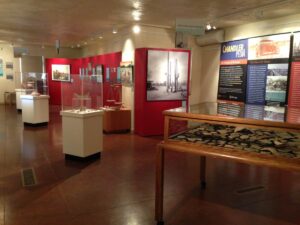 So an answer, but not to the question asked. So we contacted them again, asking: “Just to clarify then, is there any evidence that a crime had been committed?” The reply: “None that we saw.”

If, as it seems, ICE either does not understand the law or has simply taken it on itself to return items regardless of their status, then it would appear to have abandoned its law enforcement remit in favour of a propaganda exercise.”

Cultural Property News expresses its thanks to the International Association of Dealers in Ancient Art for permission to reprint the above excerpt.