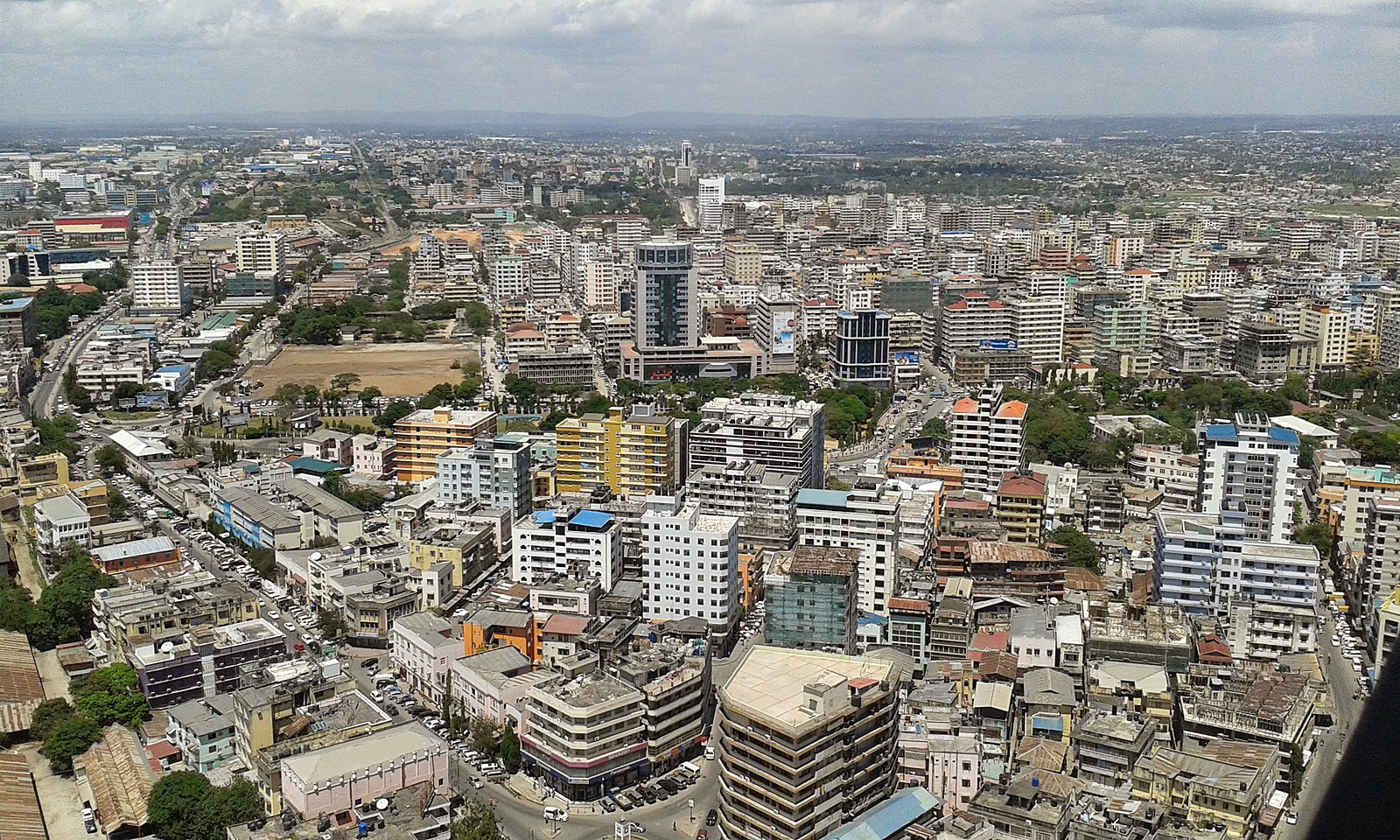 Tanzania’s colonial history is often overshadowed on the international cultural stage by German atrocities in Europe during World War II and Germany’s ongoing efforts of postwar restitution and reunification. Increased global awareness of the harsh realities regarding ethnographic and anthropological materials acquired during Germany’s colonization in Africa has prompted German museum officials to look more closely at their collections. Notable efforts were made to address painful colonial issues during the planning of the exhibits for Germany’s Humboldt Forum, due to open December 17, 2020.

Joint exhibitions and an eventual return of artifacts to Dar es Salaam, Tanzania have been the goals of a several years’ long engagement between the government of Tanzania and German cultural officials. Although there has been deserved criticism of the Stiftung Preußischer Kulturbesitz’s (Prussian Cultural Heritage Foundation) management of its extensive ethnographic collections, the foundation has nonetheless made significant strides in collaborating with Germany’s former colonies during the development of the Humboldt Forum in Berlin.[1]

Pilot Projects at the Humboldt Forum

Two projects in particular, Pilot project: Tanzania–Germany: Shared Object Histories? and Humboldt Lab Tanzania that took place between 2016 and 2019 developed German-Tanzanian partnerships that will explore and present “the history of the Tanzania Collection and its objects, in cooperation with Tanzanian artists and scholars, as well as individuals from the communities in which the objects originated.” In particular the joint projects have focused on the most sensitive objects in the collection, those taken from Tanzania during the Maji Maji Rebellion. 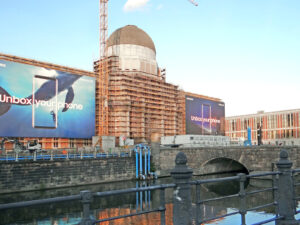 Work on Shared Object Histories? and the Humboldt Forum’s Lab Tanzania included participants from multiple institutions in Dar es Salaam, Tanzania’s former capital. [2] Additionally, a memorandum of understanding was signed between the University of Dar es Salaam and the Stiftung Preußischer Kulturbesitz, to “serve as the basis for collaborative research by joint Tanzanian-German teams in the project’s second phase,” part of which will establish “a digital platform to make the research accessible to visitors to the Humboldt Forum and to an even broader audience, above all a non-European one.”

A Tanzanian museum with special focus on resistance to colonial power

While the Humboldt project collaborators are located in Dar es Salaam, there are other museums and cultural centers in Tanzania that could also benefit from increased connections between German and Tanzanian cultural bodies. The exhibits at the Iringa Boma Regional Museum and Cultural Center, in the Southern Highlands of Tanzania are dedicated to the eventful history and culture of the Iringa region, including the Hehe leader, Chifu Mkwawa, whose skull’s return to Tanzania was stipulated in Article 246 of the 1919 Treaty of Versailles.

Chifu Mkwawa and his army defeated a battalion led by German commissioner Emil von Zelewski during the German campaign to suppress the Hehe, in 1891, killing Zelewski. Three years later the Germans again attacked the Hehe, this time capturing their fortress at Kalenga. Mkwawa escaped and continued attacking German forces with guerrilla warfare tactics until 1898 when he was surrounded and took his own life to avoid capture. The Germans removed his head and sent the skull to Germany.

(The skull was returned through a specific provision of postwar negotiations. The Hehe people were extremely helpful to British forces during World War I, and the drafters of the 1919 Treaty of Versailles saw it only fitting that Chifu Mkwawa’s skull’s return be included in its terms.)

Between 1905 and 1907, the indigenous population rebelled again against German colonists due to a policy forcing them to grow cotton. This revolt is now called the Maji Maji Rebellion. The uprising was eventually subdued by starving the population into submission. It is estimated that up to 300,000 Tanzanians died in this period.

Chief curator Deonis Mgumba of Iringa Boma stated recently, in a video produced after the mock theft of a copy of an artwork by German artist Joseph Beuys, a Capri-Batterie, and its delivery to Iringa Boma, that, “we believe, our forebears, they never have their rest, because their remains were taken away. And that’s why we think it’s important to bring them back, to be buried at their home places, because we also believe that – since their remains are not here – there is no existing link between the younger generation and our forefathers.” For many Tanzanians, the return of human relics from Germany is crucial to healing the wounds remaining from the colonial period. 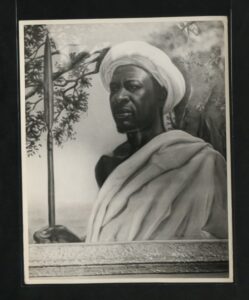 In the late 19th and early 20th century, German colonial authorities brought thousands of skulls to Germany in addition to other human remains.  Many of these became part of a a study collection for the then-popular ‘science’ of craniometry, which attempted to establish a connection between skull measurements, race, mental ability and even character.  Data from this now debunked, racially biased, pseudo-science was used to justify cataloging human beings by establishing the inferiority or superiority of different races. In one anthropological collection alone, now belonging to the Prussian Cultural Heritage Foundation, there are reported to be over a thousand African skulls, seventy of them from Tanzania.

In a 2017 interview with Maria Ossowski of the German public radio Deutschlandfunk, Stiftung Preußischer Kulturbesitz President Dr. Hermann Parzinger discussed the challenges of provenance research, particularly of objects acquired as “war booty” like those from the Maji Maji Rebellion. He said, “The real objective of provenance research is to proactively examine collections and then to voluntarily return any objects that aren’t ‘clean.’” He discussed the institution’s process with the proactive restitution of Nazi-confiscated art that included careful research, and the location of the decedents of the art’s original owners and continued:

”And that is what happened in the specific case of objects that we discovered were acquired during the Maji Maji Rebellion in Tanzania. We want to display them in the Humboldt-Forum in order to shed some light on this phenomenon and the history of the Maji Maji Rebellion, which, though many Germans are unfamiliar with it, is thought to have caused the deaths of almost 300,000 people. So telling this story here – the story of a real colonial crime – is no small feat. And that is why we – why the curators and I – went to Tanzania last fall and said “we have these objects and, together with you, we want to look back on and reappraise the history of the Maji Maji Rebellion and then to present that history together in the Humboldt-Forum.” And that, of course, is a collection where you say, okay, we’ll show it for one or two years in the Humboldt-Forum, and then we’ll return it to Dar-es-Salam, where it should stay.”

From “Of Course Provenance Research is Being Done,” Interview with Prof. Dr. Hermann Parzinger, August 8, 2017

Reorganization of the African Collections at the Humboldt Forum

The Tanzania projects were primarily funded by the Kulturstiftung des Bundes (Federal Cultural Foundation) fund TURN – Fund for Artistic Cooperation between Germany and African Countries. They grew out of a larger effort, the Humboldt Lab Dahlem that ran from 2012 to 2015. The Lab Dahlem was “conceived as a rehearsal room to boost creative synergies, [and] was specifically geared towards preparing organizers for the exhibitions in the future Humboldt Forum.”

Other collaborative projects are described in the section on the Africa exhibit on the Humboldt Forum’s website which reads:

“Bronze and ivory reliefs from the Kingdom of Benin, wooden figures and masks from Cameroon, aesthetically outstanding sculptures from the Congo and leather clothing from Namibia decorated with iron and glass beads are among the best-known and most unusual works from Africa to be found in Berlin. However, many of them left the African continent as a result of colonial conquest and rule. The exhibitions of the Ethnologisches Museum’s Africa Collections in the Humboldt Forum raise pressing questions concerning the societies in Africa from which the artifacts originated, the conditions under which they were collected, and the dilemmas in which the relevant parties in Africa found themselves. They demand a cooperative examination of the history of colonialism and its effects right up to the present day.”