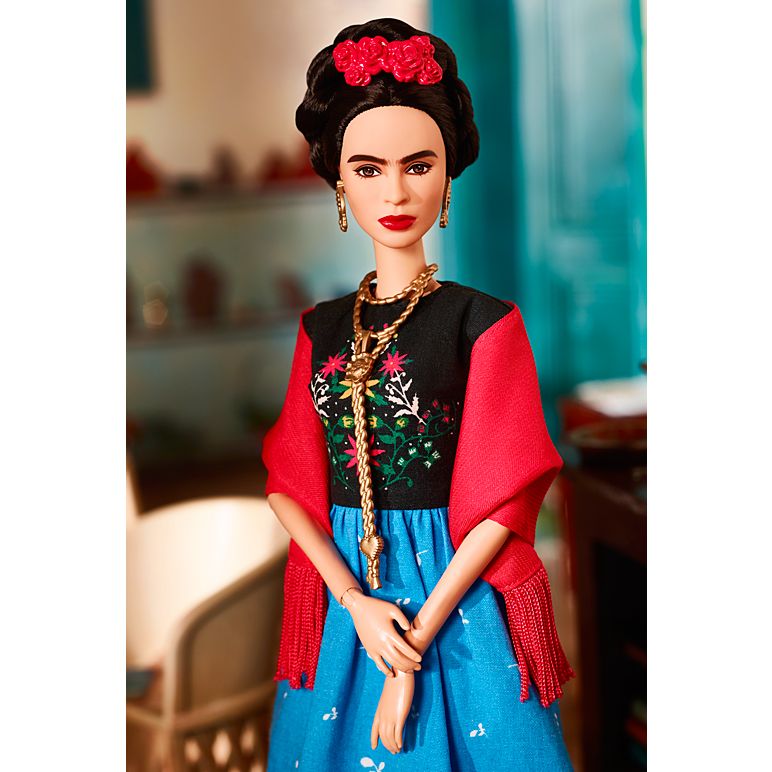 Mattel Inc. is an American toy company best known for its children’s fashion dolls, Barbie and Ken. Mattel has been criticized for many years for Barbie’s unnatural physical proportions, as well as for marketing Barbie in a way that directs girls towards shopping, dating, and frivolous fun, and away from education, careers, and self-empowerment. After more than half a century on the market, Barbie has become an icon of American girlhood. She has been analyzed, criticized and de-constructed by social scientists, art historians, and modern artists.

Mattel’s notorious “Teen Talk Barbie” of 1992, capable of speaking a number of pre-recorded phrases, among them “Math class is tough!” was parodied on the Simpsons in 1994. In the episode in question, “Lisa vs. Malibu Stacy,” the Simpson family’s older daughter becomes disgusted with her vapid, clothes-obsessed “Malibu Stacy” doll. She invents a new doll, an intelligent, pants-wearing career woman named Lisa Lionheart, imbued with “the wisdom of Gertrude Stein, the wit of Cathy Guisewite, the tenacity of Nina Totenberg, the common sense of Elizabeth Cady Stanton, and the down-to-earth good looks of Eleanor Roosevelt.” 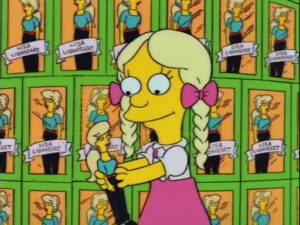 In recent years, life has been imitating art. Mattel has attempted to refurbish its image for a new generation of message-conscious parents by releasing dolls based on the features, and life-stories, of remarkable women – among them Olympic athletes, a fashion designer, and a journalist.

On March 7th, in honor of International Women’s Day, Mattel announced the upcoming sale of a new set of collectable Barbie dolls. These “Inspiring Women” Barbies represent aviator Amelia Earhart, NASA-employed mathematician Katherine Johnson, and Mexican artist Frida Kahlo. The Frida Kahlo doll is not yet on the open market, but is already the subject of a legal battle. It has also provoked a fierce debate. Opponents have highlighted the dubious propriety of a corporation already under fire for allegedly promoting a sexist view of womanhood using the image of an artist who has been embraced as an icon by communities of feminist, queer, and disabled people in Mexico and worldwide.

Frida Kahlo is best known for her striking self-portraits, many influenced by Mexican folk art and by Surrealism. Her work and life story were both heavily marked by her experiences as a polio survivor and the painful life-long medical complications following a crash between a trolley and a bus she was riding on in her late teens. Though overshadowed as an artist by her husband Diego Rivera during her own lifetime, in the last few decades Kahlo has risen to prominence as a great Mexican artist, a symbol of indigenous Mexican culture, and a feminist icon.

In 1984, Kahlo’s works were identified by the Mexican government as part of the country’s national cultural heritage, rendering them ineligible for export. (Government decrees made artworks by Kahlo, Orozco, Rivera, Jose Maria Velasco, and other artists by definition into historical monuments, unable to be exported.)  This restriction has tightened the market for Kahlo’s works. The few paintings by Kahlo outside of Mexico have correspondingly risen dramatically in price over the past decades.

Also thanks to the legal restrictions on exporting Kahlo’s work, and despite her growing status as an artist and icon, large, retrospective traveling exhibitions of her paintings are few and far between.

Since Kahlo’s death, her estate and rights to her art have been managed by her family, chiefly by her niece, Isolda Pinedo Kahlo. Pinedo Kahlo sold the rights to the Kahlo estate to the Panama-based Frida Kahlo Corporation in 2005, shortly before her death. The corporation now claims “the rights to the Frida Kahlo brand worldwide,” on its website. Pinedo Kahlo’s own managing of the Kahlo estate was criticized for the freedom with which she allowed Kahlo’s name and image to be used to market products. It is now possible purchase anything from a set of coasters to a bottle of tequila graced with Kahlo’s face. This commercialization of Kahlo’s legacy has been seen by some a particularly egregious in light of the artist’s own principles. Frida Kahlo was a personal friend of Leon Trotsky and a member of the Mexican Communist Party.

The political facets of Kahlo’s life, perhaps unsurprisingly, are not mentioned in the biographical blurb attached to her doll on the Mattel website. The Frida Kahlo Corporation has also chosen to omit the artist’s Communist leanings from the brief life history it provides on its website.

However, the artist’s great-niece, Mara de Anda Romeo, disputes Mattel’s right to produce the Kahlo doll. Romeo claims that she, and not the Frida Kahlo Corporation, is the legitimate sole proprietor of the Kahlo estate. Her objections to Mattel’s production of the doll are twofold, based both on Mattel’s purportedly unauthorized appropriation of the artist’s image, and its failure to produce a doll which adequately reflects Kahlo’s appearance and achievements. 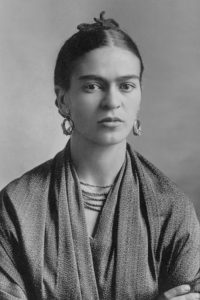 The doll’s features, admittedly, do not resemble those of their original particularly closely. The Barbie version’s lips are fuller, the nose narrower, the face more oval, than Kahlo’s. As the doll is suitably dressed in a loose flowing dress and shawl, it is hard to say how the rest of her body’s proportions compare to those of Kahlo – or any real woman. Mattel’s track record on producing dolls with plausible physical attributes is notoriously poor.

Most of the comments on the doll’s own Mattel webpage are positive. Generally, they express approval of the intention to honor Kahlo’s legacy. Those who have viewed images of the doll are divided on whether or not the artist’s famous unibrow is sufficiently pronounced. Others are dismayed at the omission of Kahlo’s light mustache. Kahlo repeatedly emphasized both these traits in her series of self-portraits; in this regard, the doll recalls Kahlo’s photographic likeness more than the version of herself depicted in her art.

Mattel’s decision to prettify Kahlo’s physical features is mirrored in their smoothing over of her life and work. The short biography of Kahlo on Mattel’s website, in addition to omitting her political views, almost obliterates the dark side of Kahlo’s life and work. Her fraught relationships, psychological and physical pain, and her anger with the social realities of her day are all reduced to “a number of obstacles” which supposedly impeded Kahlo’s development into an artist. For Kahlo’s family and admirers worldwide, Mattel’s take on the artist is an outrage, and Romeo’s protest a justifiable one.

Mattel Inc. has chosen to respond to the dispute by describing it as a family matter, a contest between the Frida Kahlo Corporation and members of Kahlo’s family, while asserting that its own right to market the doll is indisputable. Romeo has stated that she has broken ties with the Frida Kahlo Corporation, but she remains a shareholder and is one of three members of its board, a fact highlighted by a representative of Mattel when speaking with the L.A. Times last week.

It is worth noting that, according to the Frida Kahlo Corporation’s website, it sells its own doll representing the artist. Like the Barbie version, the Kahlo Corp doll wears a flowing gown, dangling earrings, and a cluster of roses pinned atop an intricately twisted knot of hair. Kahlo Corp’s doll, coincidentally, has both the dark eyes and pronounced unibrow which Romeo complained that Mattel’s version lacked. It is unclear where – or if – this approved doll version of Kahlo is sold.

Mattel’s Frida Kahlo doll has been available for pre-order for some time. Stocks have already sold out online, as have those of her fellow “Inspiring Women,” Earhart and Johnson. Latecomers still wishing to reserve their own Barbie Kahlo are invited by Mattel to submit their email address and await further updates.

The Kahlo doll will be sold in stores after March 26, assuming, as seems likely, that her great-niece fails to prevent its release.