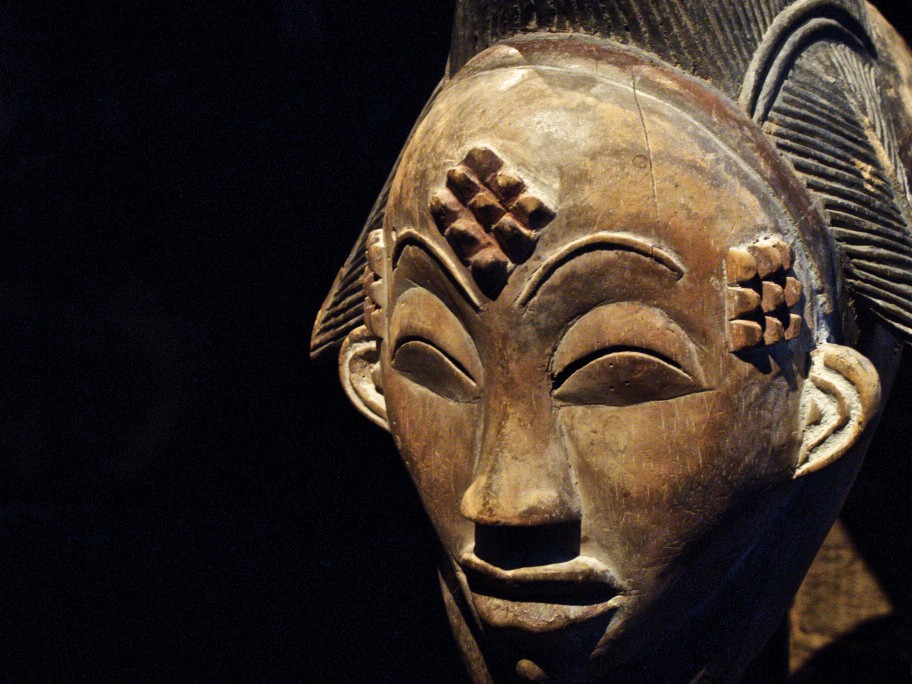 At the end of November 2018, authors Felwine Sarr and Bénédicte Savoy  announced completion of a legthy report, “The Restitution of African Cultural Heritage. Toward a New Relational Ethics,”[i] to President Emmanuel Macron of France. The report was delivered one year after Macron’s controversial announcement in a speech at the University of Ouagadougou in Burkina Faso that the return of African heritage would be a top priority for France over the next five years.

“African heritage must be highlighted in Paris, but also in Dakar, in Lagos, in Cotonou. In the next five years, I want the conditions to be met for the temporary or permanent restitution of African heritage to Africa.”

Initial responses to Macron’s speech from French and other Western experts stated concerns over too unilateral and precipitate a reorganization of museum priorities, but most spoke cautiously in support of selective return of important art and historical artifacts to African nations, focusing especially on art and treasure taken in military conquest.

Dr. Rachel King of University College London, speaking to the NY Times after Macron’s Ouagadougou speech, was one of many Western specialists who noted the greater need for Western museums to first assist in building both physical capacity and technical and curatorial expertise in African cultural institutions, especially given the fact that France’s chief ethnological museum, the Musee du Quai Branly, possessed over 70,000 African objects. 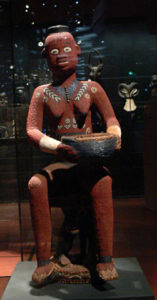 In France, the first reactions to Macron’s 2017 pledge from the public museums had been contained consternation, and from administrators and legal experts, concerns about restituting objects which are legally defined as inalienable from their institutions. There was acknowledgement among the arts community that some returns were ethically necessary, but this was combined with serious concerns that museum goals and purposes would be disregarded as restitution of art became entangled with politics. Others worried that the short-term goal of repatriating objects to Africa could upend the entire museum system by setting new and temporary priorities over the museums’ preservational and academic roles – and end up satisfying no one.

Editor Simon Njami of Paris-based Revue Noire told Annalisa Quinn of the NY Times that Macron’s proposal was a “foolish promise.” He drew attention to the volume of historical material in French museums, and noted that in the case of older art, it could be impossible to determine the place of return, as Africa’s national borders had been redrawn by Western powers during Berlin Conference of 1884-85 for political reasons, not based upon traditional centers of power. He suggested watching over the coming years how museums like the Quai Branly actually made loans or returned objects, or assisted African museum development, and suggested that not much would change.

In the same magazine, an excerpt from a forthcoming book by Jean Loup Pivin, “Restitution – Return to the Country”  described an unsatisfactory future for the restitution project:

“A restitution will be done, willy-nilly, in a more or less near future. Or rather a substitute for restitution, essentially of some symbolic objects with a lot of political gestures. And, we hope, of the objects that have the most symbolic and aesthetic value for the country.”[ii]

One of the co-authors of the report, Bénédicte Savoy, commented in the Art Newspaper (originally published as an editorial in Le Monde in January 2018), before the official announcement of her appointment. She decried the “knee-jerk defensiveness” of European museums to Macron’s Ouagadougou speech, but expressed surprise that Macron’s announcement had not produced immediate negative reactions from all. She was pleased with the initial response to the idea of repatriating objects to Africa by Stéphane Martin, president of the Musée du Quai Branly, who said in February 2018 that “nowadays we cannot have an entire continent deprived of its history and artistic genius.”

In March 2018, Macron announced at a meeting with President Patrice Talon of Benin in Paris that he had commissioned Felwine Sarr, a Senegalese economist and Savoy, a French art historian, to set forth a plan for the repatriation of African art and artifacts held in French public museums.

The  258-page report was issued on November 23, 2018. Stéphane Martin of Quai Branly was just one of the museum figures who was far more critical of Savoy and Farr’s proposals after publication of the report in November 2018. Martin questioned the “maximal restitution” of the Savoy-Sarr plan, saying that the President’s response amounted to support for increased circulation of art from French collections rather than returns en masse. He faulted the report for tainting every collection with the “impurity of colonial crime.” The main problem, he said, was that “it sidelines museums in favor of specialists in historical reparations.”

The heads of other European museums have said that France’s announcement of specific returns were to be commended, but that they did not set precedents for other museums to follow. Hartwig Fischer, director of the British Museum, noted that Macron had not embraced the report’s “radical proposal” that museums holding African art were engaged in a colonial exercise or that “everything that took place under the conditions of colonialism is eligible for restitution.” Fischer has often pointed out that for legal reasons, the British Museum’s collections had to be preserved as a whole. However, he did not rule out loans and other arrangement that were permissible under its charter, saying that French action “does not change the policy of the British Museum, nor legislation in Great Britain.”

Many museum heads welcomed policies that will build relationships between European and African cultural institutions, and also noted that their museums were already directly engaged with African museums. Representatives of a number of European museums have been working on cooperative actions in Africa through the Benin Dialog Group, and France’s announcements have undoubtedly spurred these and other conversations to move quickly to concrete actions in either assistance with museum curatorial development or joint loan exhibitions. (see Benin Dialog Group: Building and Filling A New Museum in Benin, Cultural Property News, November 23, 2018.) 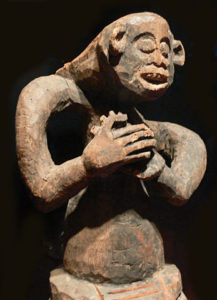 Hartmut Dorgerloh, of Berlin’s Humboldt Forum acknowledged that French actions would drive other European discussions to more rapid action, but asked, “How far back will you go? Until Roman times?… Because many items in Rome were robbed somewhere in Greece or in ancient Egypt.”

President Macron has not yet publicly embraced the call for massive restitutions set forth in the report. Rather, the President’s office has focused on announcing the return of 26 specific objects taken  from Benin by French military in 1892. He has called for broader African access to objects through a multiplicity of actions such as exhibitions and loans as well as through restitutions.

Within a few days of the issuance of the Sarr-Savoy report, African cultural authorities responded to the report’s injunction that artifacts removed from Africa before 1960 during missionary activities or the “violence of colonial rule” should be returned. Senegalese culture minister Abdou Latif Coulibaly told the Art Newspaper that Senegal would work with France, “But if 10,000 pieces are identified in the collections, we are asking for all 10,000.”

Sidi Touré told France 24 that the Ivory Coast’s cultural ministry had worked with Abidjan’s Musée des civilisations to create a list of about 100 masterpieces in French collections that it wanted back.

Watch for Part 2 of this article in January 2018, summarizing the Farr-Savoy report, “The Restitution of African Cultural Heritage. Toward a New Relational Ethics.”

[i] The Report will be summarized in Part 2 of this article, to be published in January 2019 in Cultural Property News.