Has British Museum Bowed to Political Pressure While Art Dealers and Auction Houses Want the Facts? 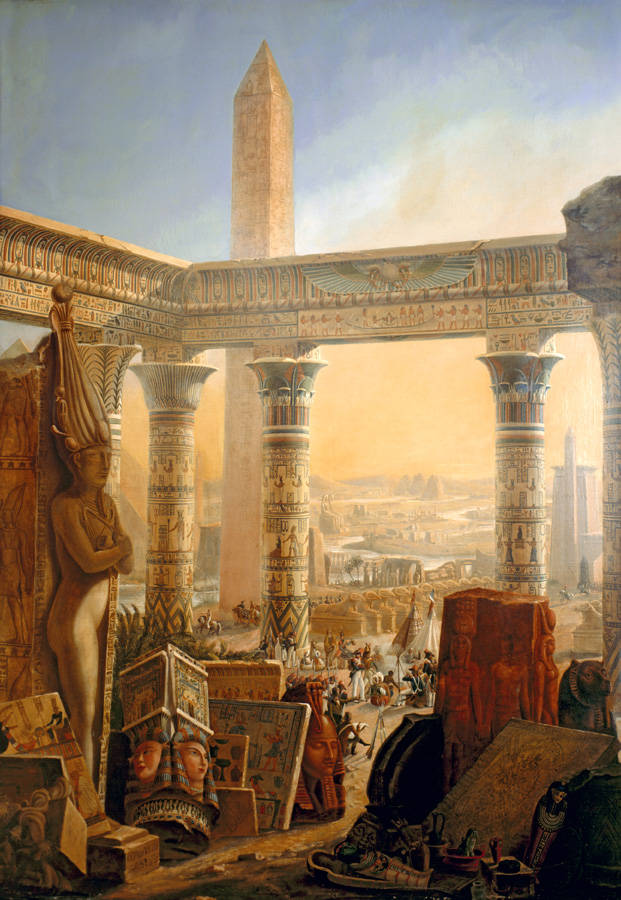 Frontispiece to The Description of Egypt, published by the French government, 1809-1823. Original uploader, SnowFire, English Wikipedia.https://en.wikipedia.org/wiki/Description_de_l%27%C3%89gypte

The Government of Egypt has effectively distorted the purpose of a proposed database of Egyptian art by ignoring the existence of Egyptian laws which allowed lawful export until 1983.  The Egyptian government does not acknowledge these legal exports and claims virtually all Egyptian art in circulation as ‘stolen.’ Yet antiquities have been lawfully exported from Egypt in greater numbers than any other type of ancient art in circulation. Antiquities were exported at various times under both Ottoman and colonial rulers, as well as shared out in partage agreements with archaeologists. The largest numbers of objects were exported in the 20th century by the several hundred art dealers in Cairo and Alexandria licensed by the government to sell antiquities.

Egypt’s government continues to be overtly hostile to the art trade. According to art world sources, the Egyptian government has not only discounted the legitimate art trade’s efforts to support a politically-neutral, factually-based database, but insisted on removal of the logos of art trade professional organizations and auction houses from the original British Arts Council press announcements regarding the British Museum-managed database.

To cap it all off, UNESCO’s Secretariat de la Convention 1970 is promoting a misleading article in Artnet, “Looters Beware: The British Museum Is Leading an International Task Force Fighting the Illicit Trade in Egyptian Antiquities,” that entirely ignores art dealer backing for the database as well as incorrectly asserting that illicit trade is on the increase. As originally intended, the database would not only assist the Egyptian government in identifying stolen art, but would also facilitate trade in legitimate, documented artifacts. As a 2018 article in the Art Newspaper made clear, “the presence of antiquities on the database will not mean that they are either clean or tainted, it will assist enforcement officers and police in tracking down provenance.”

Sudan, a second governmental participant in the project, is apparently more willing to make records on objects known to be stolen publicly available, which would greatly facilitate their recovery, and which is already permitted under current laws. Regrettably, the government of Egypt refuses to share any internal information it holds about stolen antiquities. Many suspect that behind this refusal lies the fact that Egypt either does not know what has been taken from its storerooms (witness its allegation, beginning only in 2006, that an object in the St. Louis Museum had disappeared from government storage in Egypt sometime between 1966 and 1973), or because the Egyptian government would be embarrassed to acknowledge the degree of “insider” theft that has taken place over the years. Such insider thefts from museum storerooms appear to have been a common source of stolen objects. The digitalization program was strongly supported by art trade organizations, because it held the possibility that stolen artworks could be identified and kept out of the stream of commerce.

Meanwhile, the failure of representatives of the British Museum involved in the database project to publicly reassure trade participants about how the digitization project will operate has left some members of the art trade wondering why they should be involved. There are widespread concerns that the trade’s assistance will continue to be misrepresented and that the facts regarding the legal circulation of Egyptian antiquities will be hidden or obscured. (See Egypt Demands Review of TEFAF Artworks, Cultural Property News, November 27, 2018, for information on the groundbreaking academic study by Danish scholars Frederik Hagen and Kim Ryholt, The Antiquities Trade in Egypt 1880-1930, The H.O. Lange Papers, which sets forth the commercial basis for the lawful circulation of Egyptian art in trade today.) 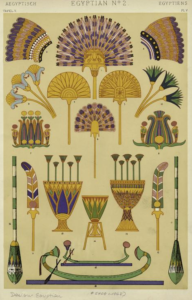 In late 2017, the British Museum announced receipt of a £998,769 grant from the Cultural Protection Fund (a partnership between the British Council and the UK’s Department of Digital, Culture, Media & Sport) for the creation of a database of Egyptian and Nubian antiquities in circulation in private collections and on the international art market. The project also brings trainees in provenance documentation from Egypt to the British Museum, and provides on-site training in Egypt and Sudan to antiquities staff from Egypt’s Ministry of Antiquities in Egypt and Sudan’s National Corporation for Antiquities and Museums (NCAM).

Funding for the project was encouraged by the Antiquities Dealers Association (ADA) and the International Association of Dealers in Ancient Art, (IADAA), both of which were active partners in its development. The British Museum and Arts Council agreed to acknowledge the art trade’s participation and the initial announcement on its website listed Sotheby’s, Christie’s and Bonhams auction houses as well as the IADAAA and the ADA as Project Partners.

However, the Egyptian government objected to acknowledging the art trade’s association with the project. At this point, the Egyptians have vetoed any mention of the trade’s involvement in setting up the project. Egypt has also eliminated any proposal to make the database available to the wider public. The names of auction houses and trade associations have been removed from the Arts Council website.

Subsequently, the Art Newspaper published an article that quoted Neal Spencer, the British Museum’s keeper of Ancient Egypt and Sudan, as stating, without providing any evidence, that there was “a serious increase in the illicit trade in pharaonic antiquities in recent years.” While there is certainly more reporting on illicit trade, the reporting almost invariably focuses on smuggling that actually took place long ago. The Egyptian government now focuses on shifting blame for all losses to the art trade. Accusations of “looting” by the art trade is treated as colonialist or neo-colonialist, and contribute to Egyptian government efforts to play identity politics, and even to claim objects that have long histories of circulation. These include items held in the UK and the U.S. for over 100 years.

(For example, Egypt is now claiming that a casing stone from the Great Pyramid was ‘stolen’ after it was uncovered in a rubbish heap during road building work by British engineer Waynman Dixon, who was engaged in the survey of the Great Pyramid. The stone has been in Scotland since 1872.)

According to online art blog Master Art in May 2018, the database was designed to be “free for the public to search” and its purpose “not to locate looters or thieves, but it is rather to help establish the provenance of legitimately collected artefacts”, a goal that now seems to be reversed.

Also in May 2018, Marcel Marée, the British Museum curator running the project, told the Art Newspaper that the British Museum “will not be proactively chasing criminals, which is the role of law enforcement agencies, but we will make the market more transparent.” As noted, however, the Egyptian government has also objected to making the database of antiquities in circulation publicly accessible, an element supported by the art trade precisely to make the art trade more transparent.

Then in January 2019, an article appeared in Artnet’s online magazine which said the project was “employing a team of curators solely dedicated to spotting looted ancient treasure,” and portrayed the art trade as both hostile and as “enabling smuggling.” In the same article, curator Marcel Marée was quoted as saying that the art trade was characterized by “patterns of laxity, misconduct or obfuscation.”

So far, the misleading characterizations of the trade in the Artnet article have gone uncorrected. Nor have the Department of Ancient Egypt and Sudan of the British Museum or representatives of the British Arts Council stepped in to clarify the record.

For years, the British Antiquities Dealers Association and the International Association of Dealers in Ancient Art have supported and promoted efforts to create a database of ancient artworks in circulation for the purpose of establishing genuine provenance and deterring criminal activities. Both organizations have been leaders in developing international standards of ethics and due diligence programs for the antiquities trade. They have worked for many years in cooperation with police authorities to provide expert advice in order to advance factually-based public policy in Britain and the European Union. In a joint statement to Cultural Property News, the organizations said that:

“The Antiquities Dealers Association (ADA) and the International Association of Dealers in Ancient Art (IADAA) believes that there should be “greater transparency in record-keeping of items in circulation among collectors, dealers and auction houses”, and that it would benefit the lawful circulation of art by “facilitating research and the identification of objects, availing of the Egyptological expertise of the British Museum and its partners.”

The IADAA stated that it viewed the worthy objectives of the project as essential for “reducing crime; enhancing due diligence; and promoting constructive relations between collectors, dealers/auctioneers, museums, law enforcement and antiquities officials.”

Privately, members of the trade told Cultural Property News that they are concerned that the British Museum has failed to credit the trade’s vital input to the database project in its own official online press release, instead referring vaguely to support from dealers and auction houses.

According to industry sources, when IADAA signed off a letter of endorsement in June 2017, this visible support opened the door to the £998,769 grant being awarded. One of IADAA’s chief aims in supporting the project was to establish better relations with the Egyptian authorities. Many in the art world have expressed hope that the British Museum and British authorities will work to bring the Egyptian government on board with a politically-neutral, cooperative program that will be an effective resource for all.