Home > Museums & Discoveries > Devotion and Decadence: at the Institute for the Study of the Ancient World

Devotion and Decadence: at the Institute for the Study of the Ancient World 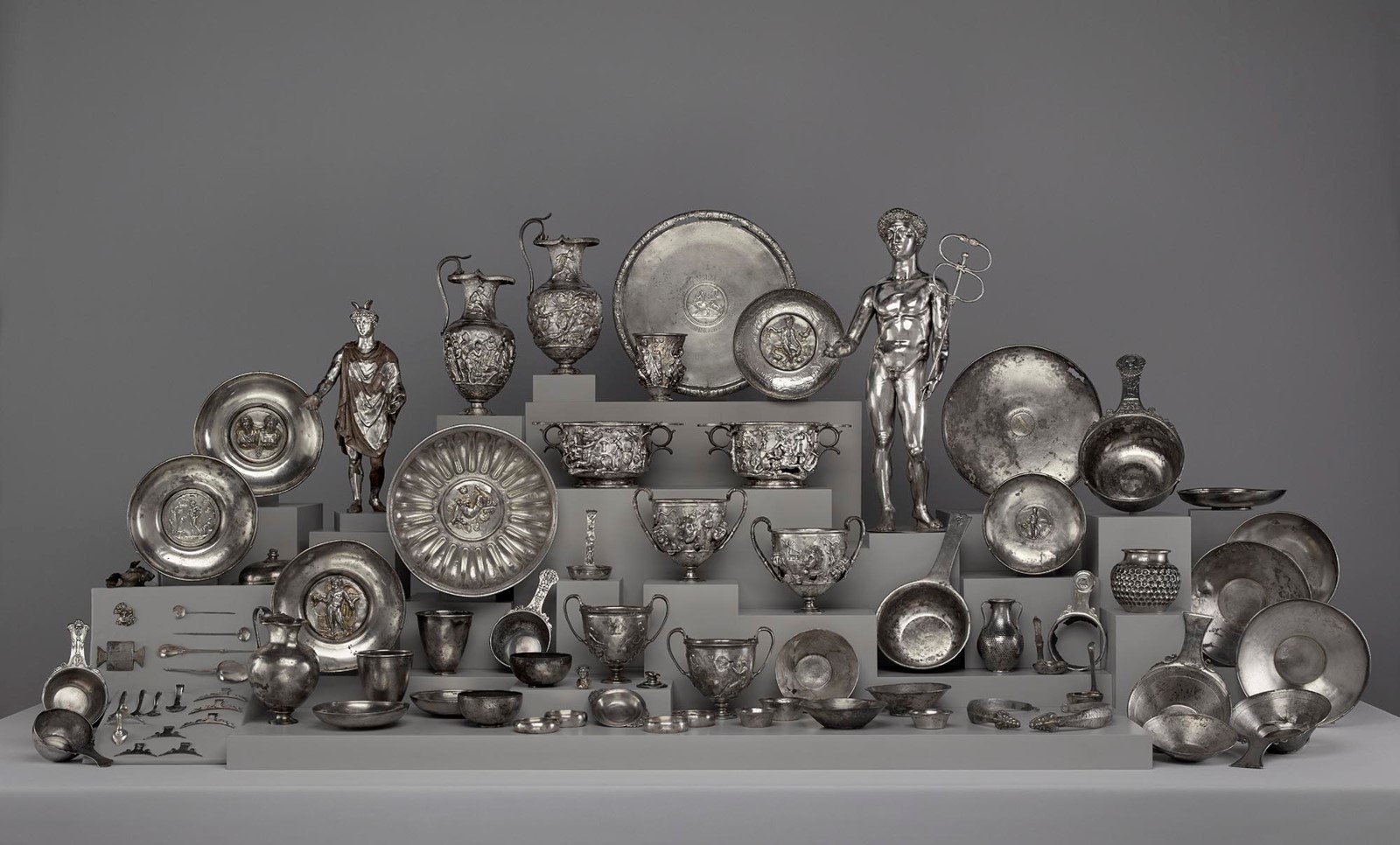 Mercury was much venerated in Gaul. As Julius Caesar stated in his chronicle of the Gallic War: “Among the gods, they most worship Mercury. … they deem him to have the greatest influence for all money-making and traffic.”  Announcement from the Institute for the Study of the Ancient World exhibition, Devotion and Decadence: the Berthouville Treasure and Roman Luxury. 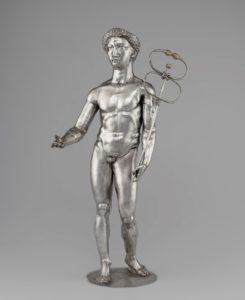 East Coast residents have a second chance to see the spectacular gold and silver objects, marvelously restored by the J. Paul Getty Museum, from Berthouville in Roman Gaul. An outstanding exhibition at the NYU Institute for the Study of the Ancient World (ISAW) has brought the treasures back from France, Devotion and Decadence: The Berthouville Treasure and Roman Luxury, on view through January 6, 2019.

The Berthouville Treasure contains some of the finest Roman silver objects surviving today, the gifts of wealthy local citizens to a temple of Mercury in northern France. ISAW is displaying eighty extraordinary works of gilt-silver from the world-famous Berthouville Treasure along with seventy-five other Roman luxury objects from the Department of Coins, Medals, and Antiques of the Bibliothèque nationale de France.

The exhibition was curated by Clare Fitzgerald, ISAW’s associate director for exhibitions. Fitzgerald pointed out that ISAW’s mission is to study the cultural connections between ancient civilizations, and the Berthouville Treasure and other luxury goods are “eloquent exemplars of the rich interplay between Gallic and Roman cultures.”

The extraordinary find was discovered near the village of Berthouville in northern France in 1830, when a farmer plowing his field accidentally caught the plow on an underground tile and pulled open a brick cistern. The cistern contained over 50 lbs. of silver objects.

A number of the most opulent silverworks in the Berthouville Treasure have inscriptions identifying the donor as a Roman citizen named Quintus Domitius Tutus. Many objects in the treasure appear more suited for private luxury and feasting. They contain Bacchic motifs and mythological scenes and are thought to have been personal luxury goods later given to the temple.

Like other early discoveries of objects made of precious metal, the treasure narrowly escaped being melted down.  Luckily, the farmer contacted a local gentleman who understood something of their antiquity, who informed authorities and after a bidding war with the Louvre, the Bibliothèque nationale acquired the hoard. 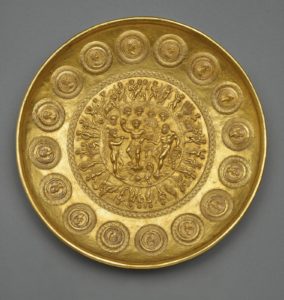 Many of the objects from the Berthouville Treasure appeared to be dedicated to the god Mercury. It was not until 1861 and 1896, when excavations were undertaken, that the remains of a Gallo-Roman temple dedicated to Mercury Canetonensis was discovered at the site.

When they were found, the objects forming the treasure were heavily encrusted and damaged by their many centuries in the ground. Unfortunately, early cleanings and attempts at restoration during the 19th and early 20th century did much to damage the originals.

In December 2010, the Getty Conservation Center began a four-year project to conserve the entire Berthouville Treasure, to perform a meticulous cleaning, and to do historical research. The Getty investigated the processes of gilding and revealed additional inscriptions, enabled study of ancient production techniques, and the nineteenth century restoration of the objects. The research and conservation done during the four-year Getty Museum project has become an integral part of the current exhibition at the Institute for the Study of the Ancient World.

The ISAW exhibition complements the Berthouville Treasure with another, equally fascinating display of precious gems, intaglios, cameos and rich jewelry and other luxury objects from the collection of the Cabinet des medailles. In another gallery, the ISAW displays the Treasure of Rennes, from around 210 CE, which included jewelry, coins, and a libation bowl representing the triumph of Bacchus over Hercules. Another spectacular addition to the show in the inclusion of large platters known as missoria, one with episodes from the life of Achilles and another with Hercules in combat with the Nemean Lion.

The Berthouville Treasure from the collection of the Cabinet des medailles at the Biblotheque nationale de France was displayed in its entirety for the first time outside of France at the Getty Villa, the Malibu Roman villa of the J. Paul Getty Museum in 2014-2015. 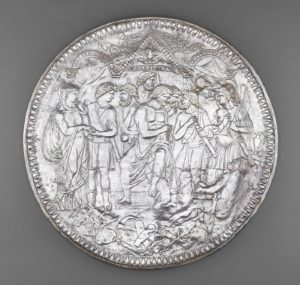 A 224 page, lavishly illustrated catalog, The Berthouville Treasure and Roman Luxury, which explores the art historical background and details the history of the collection and the discoveries made in the process of restoration was edited by Kenneth Lapatin with contributions by Mathilde Avisseau-Broustet, Cécile Colonna, Isabelle Fauduet, Gaëlle Gautier, Susan Lansing Maish, Ruth Leader-Newby, and Eduardo Sánchez.

About the Institute for the Study of the Ancient World:

“ISAW is a center for advanced scholarly research and graduate education, which aims to encourage particularly the study of the economic, religious, political and cultural connections between ancient civilizations.”

“… The Institute focuses on the shared and overlapping periods in the development of cultures and civilizations around the Mediterranean basin, and across central Asia to the Pacific Ocean. The approaches of anthropology, archaeology, geography, geology, history, economics, sociology, art history, digital humanities, and the history of science and technology are as integral to the enterprise as the study of texts, philosophy, and the analysis of artifacts.”