Building community through the gift of Asian Art 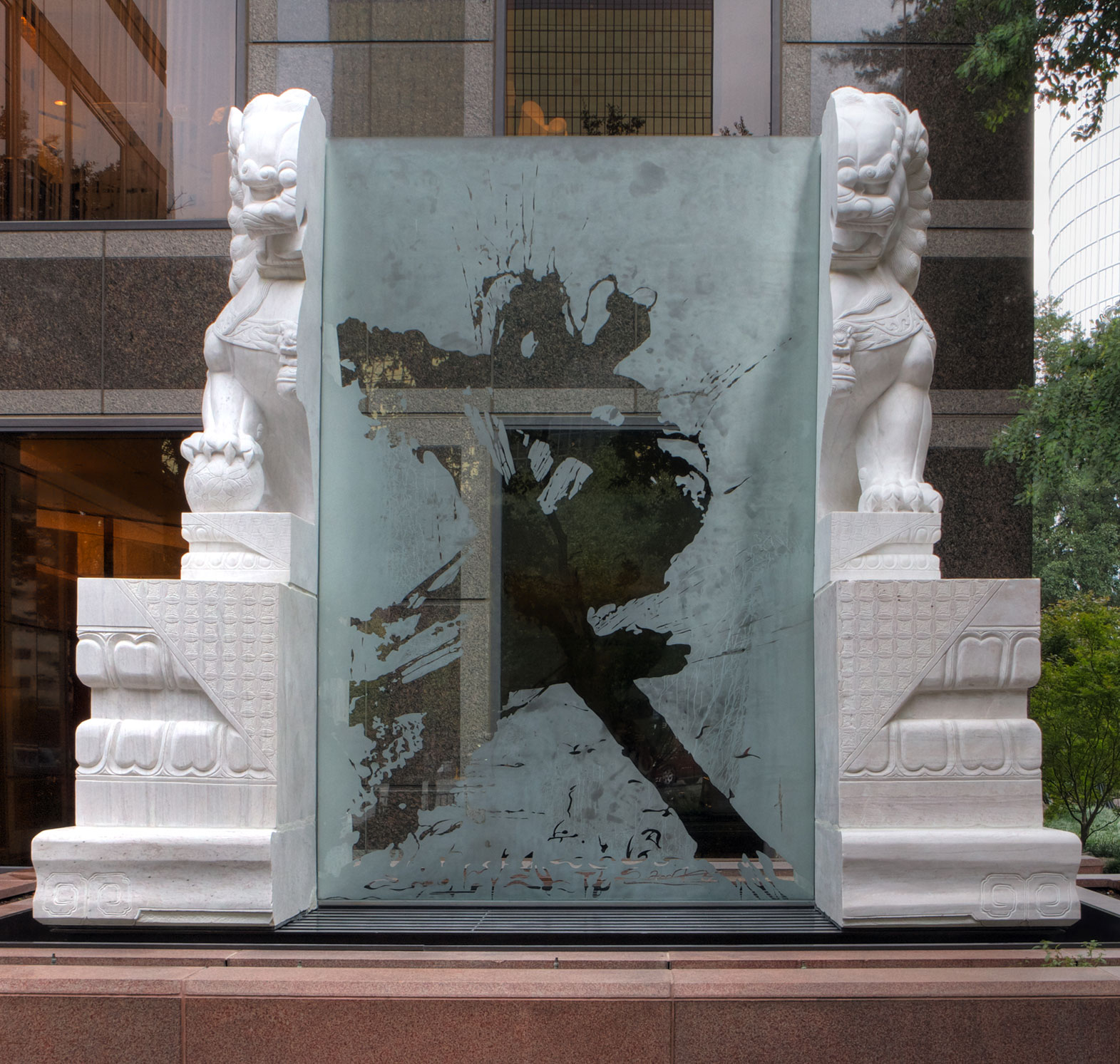 A Big Hearted Self Made Man 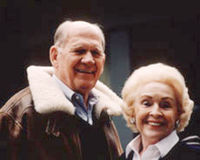 The words “Texas real estate developer” do not naturally bring to mind the image of someone that would say that the greatest element of success was “love,” who would fall in love with Asian art, and help to build a community of fellow admirers of Asian cultures in Dallas, Texas, but that was exactly the kind of man that Trammell Crow was and exactly what he did.

From humble beginnings, Trammell Crow worked odd jobs through the Great Depression, and attended night school to earn an accounting degree from Southern Methodist University. During World War II, he audited the books of defense contractors for the Navy, then moved through a number of jobs until, at thirty-three, he became a warehouse real estate developer, and stayed in the profession for the rest of his life. He eventually founded the Trammell Crow Company, one of the largest developers in the United States, and whose success funded his decades of art collecting.

In the Trammell & Margaret Crow Tribute Documentary, on the Crow Museum website, Trammell Crow describes a lecture he gave at Harvard Business School. A student in the back row asked, “What is the one thing that is the greatest element of success?” After pausing for a bit, because he was “too timid to say it” he said, “You know what it is? It’s love. It’s the most powerful force in the world and will do more for us as an individual and a company than anything else we can do.”    (starts at 9:37) 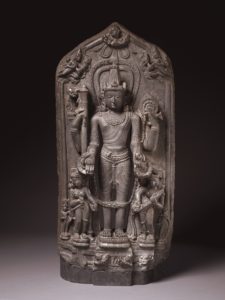 Crow’s love of Asian art in particular has certainly accomplished much, as the magnificent collection that he and his wife Margaret built together. The Crows began buying Asian art in the mid 1960s. Over the years their collection grew to encompass more than eight thousand works from Cambodia, China, India, Indonesia, Japan, Korea, Myanmar, Nepal, Pakistan, Thailand, Tibet, and Vietnam as well as over twelve thousand books, catalogs, and journals. The artworks were frequently purchased from auction houses and private dealers outside of their country of origin, especially their Chinese artworks, due to strict Chinese export restrictions that prevented the Crow’s from purchasing works in China.

Amy Lewis Hofland, executive director of the Crow Collection of Asian Art, said of Trammell Crow, “He was just voracious in his love of these objects. He would even say, ‘I don’t know what it is. These objects move me.’ That’s what we call a heart connection in a collector. It is a passionate feeling of joy from collecting these works and sharing them. Sharing them was as much a part of the collecting process.” 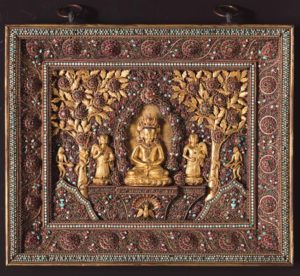 In 1998, Trammell and Margaret Crow’s eponymous museum, Crow Collection of Asian Art, opened in the Dallas Arts District. From its inception, the museum has been free, open to the public, and much more than a place to showcase a private Asian art collection. As executive director Amy Lewis Hofland has said, “We’re up to a lot more than art.”

The museum has embraced an ambitious progressive mission, founded on a conviction that the arts are not an isolated or frivolous part of culture, but integral to our lives and our deepest selves. While in a narrow sense according to Abraham Carrillo, Director of Operations, the purpose of the museum is “to love and celebrate the arts and cultures of Asia,” its institutional goal is far broader: “To put compassion into action.” These values drive the museum’s educational work, through exhibitions, research, and public events such as lectures and workshops. The Crow hopes not just to provide access to a great collection but to encourage radical re-thinking of what Asian art is and where it comes from. “We define Asia as endlessly diverse, and not of one place, time, or idea. By cultivating compassion and inclusivity through our work, we build greater awareness and a shared sense of what it means to be human.” Their outlook deconstructs conventional assumptions about tradition, nationhood, and identity, attached to their historic art collection. 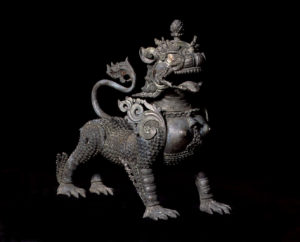 The Crow Museum of Asian Art very much functions as a builder of bridges between Eastern and Western cultures. As Ms. Hofland noted, “[the museum] respects and acknowledges how important the Asian migration is to Dallas Fort Worth.”

In the video Our Asian Art Museum: Community Voices, on the museum website, members of the Asian community in Dallas reflect positively on the significance of the Crow Museum for them.

Lt. Paul S. Thai, a Dallas Police officer who grew up in Cambodia in a Buddhist temple, said, “It feels good, we’re a small Cambodian community and it feels good to see an artifact that represents us, it means a lot to us.”  (starts 6:24)

Dallas philanthropist and art collector, Gowri Sharma, observed, “The way people move [around] in the world it’s always nice to start at a place where you see yourself in things.” (starts 11:25) 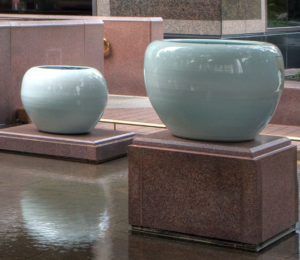 Jin-Ya Huang, artist and founder of the immigrant-oriented social justice program “Break Bread, Break Borders” said, “I love how the Crow actively engages in the community and finds ways to speak about the love of art and culture to different generations. The language of art is so universal that it crosses all borders and boundaries. It’s a tremendous opportunity to share this bridge building between East and West.”  (12:41)

By gifting their collection and a generous endowment to the University of Texas, Dallas, the Crow family have inaugurated a new, and perhaps even more exciting, chapter in the institution’s history. The gift of the Crow collection promises great benefits for the broader community, as well as the academic circles of the university itself. The money will be used to fund building of a second museum site on campus, ensuring easy student access to the collection, and allowing some of the 85% of the collection which has hitherto remained in storage, due to limited exhibition space, to be displayed. Having ready access to the Crow’s major collection of books and journals, as well as art objects, will empower students and faculty alike to pursue groundbreaking research in all areas of Asian art.

At a time when many question the utility of the arts and humanities, and struggling high schools across America are cutting arts-related electives and after-school programs, the University of Texas, Dallas, is a standout for its dedication to the arts on campus. Only a few years ago, the Edith O’Donnell Institute of Art History was inaugurated, along with the Edith O’Donnell Arts and Technology building. A second on-campus museum is being planned to house the Barrett Collection of Swiss art, the largest now in the US, gifted to the university just last December.

Now that the Crow collection has been added to their holdings, the University of Texas at Dallas seems ready to become a new nexus for the study of art and culture. More importantly, their campus is now intimately tied to their local international and immigrant community, as well as a world-wide network of scholars, collectors, artists and audiences, all united by their love of Asian art.