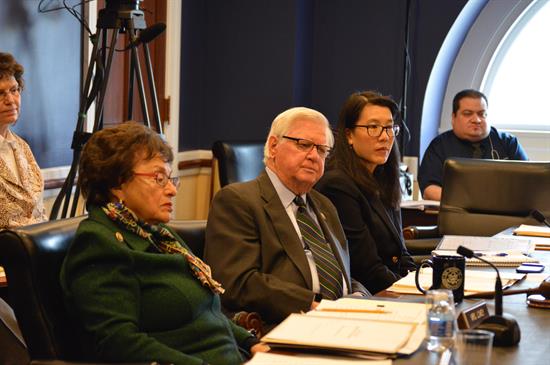 State and Foreign Operations Subcommittee Chairman Hal Rogers presides over the Subcommittee’s Members’ Day hearing, at which Members of Congress were invited to testify on their budget priorities for state and foreign programs. Credit https://appropriations.house.gov.

Congress has finally taken steps to ensure that the Cultural Property Advisory Committee (CPAC) actually documents the effort (or lack of it) that art-source countries make on their own behalf to inventory and protect sites and museums. The law that CPAC operates under requires that a country requesting import restrictions meet this requirement:

19 U.S.C. § 2602(a)(1)(B) that the State Party has taken measures consistent with the Convention to protect its cultural patrimony.

The Cultural Property Advisory Committee has often been accused of ignoring this requirement; this author recalls it recommending an MOU when the only step taken by the source country was to put a couple of posters up at the airport. (This was during her 2000-2003 tenure, and the same country’s MOU has been renewed ever since.)

The House Appropriations Subcommittee recently included language in the federal year 2018 State, Foreign Operations and Related Programs Appropriation Bill urging CPAC to “consider the annual national expenditures on securing and inventorying cultural sites and museums in its annual reviews of the effectiveness of MOUs, as well as during the reviews required by the CPIA for extension of an MOU.”

The Appropriations Subcommittee also indicated that they will hold CPAC responsible: “The Cultural Properties Implementation Act (CPIA) requires countries participating in MOUs restricting cultural property take significant self-help measures… The Committee also requests the Secretary of State review the feasibility of collecting and reporting on the cost of measures taken by partner countries in support of their cultural property MOU with the United States and be prepared to report on such review during the hearing process on the fiscal year 2019 budget request.”

The language has teeth, as it tells the Department of State to prepare to have answers during next year’s hearing process.  It sets Congress on record as stating that parties to MOUs are required to take significant self help measures and these need to be considered when judging the effectiveness and possible continuation of MOUs.