‘Water is the Most Destructive Agent of Decay’ 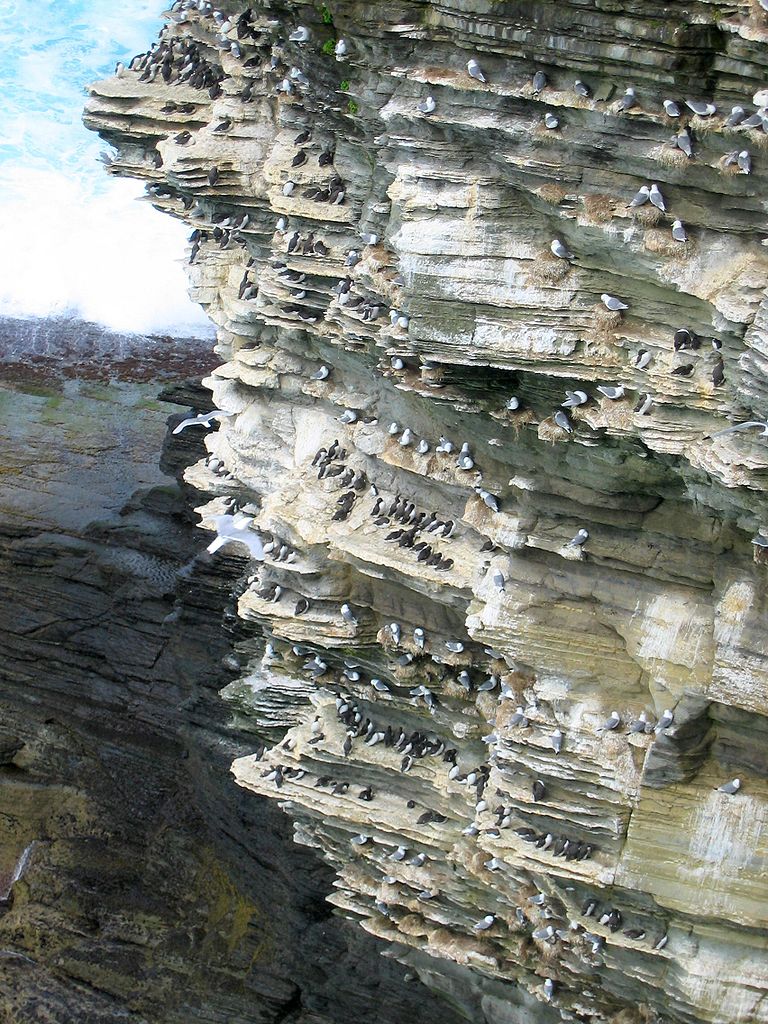 As sea levels rise and extreme weather events become more common, there is increased attention worldwide regarding the impact of climate change on cultural heritage sites. The United Nations Educational, Scientific and Cultural Organization (UNESCO) in conjunction with the Union of Concerned Scientists, the United Nations Environment Programme (UNEP), and the World Conservation Monitoring Center (WCMC) have hosted conferences and written publications on the effects of climate change on World Heritage sites. Historic Environment Scotland has contributed significantly to the global discussion by creating a model for tracking the effects of climate change. 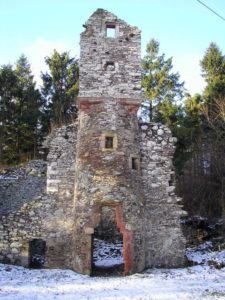 Historic Environment Scotland (HES) is “the lead public body set up to investigate, care for and promote Scotland’s historic environment.” It was formed in 2015 through the merger of two government agencies, the Royal Commission on the Ancient and Historical Monuments of Scotland (RCAHMS), and Historic Scotland. HES is tasked with the care of over 335 historic sites in Scotland. Its more comprehensive public mission is to provide guidance on the management of a vast number of cultural heritage assets, most of them in private ownership. Scotland registers over 400,000 traditional buildings built before 1919, 47,000 listed buildings, 8,200 nationally important scheduled monuments and archeological sites, 641 conservation areas, 389 gardens and designed landscapes, and 43 battlefields and wrecks.

Listed buildings and scheduled monuments may not be altered without special permission, or allowed to deteriorate from deliberate negligence. Owners cannot be required to maintain monuments, but they are encouraged to do so and to apply for grants from the government to assist them.

HES was identified as a “Major Player” with duties to build “resilience” in the face of environmental changes under the Climate Change (Scotland) Act of 2009. As part of the Climate Ready Scotland: Scottish Climate Change Adaptation Programme, HES worked with data on multiple natural hazards and developed systems that assess the risks to Scotland’s historic sites from the effects of a changing climate. The research culminated in the Climate Change Risk Assessment Report, published in mid January 2018.

The report outlines dramatic changes to Scotland’s environment. Compared to the 1960s, Scotland now experiences 27 fewer days of frost, 32 fewer days of snow cover, a 1 degree C (1.8 degrees Fahrenheit) rise in temperature, 21% more rain and a rise in sea-level of 3mm (.118 inch) per year (but now speeding up). Winters are wetter and warmer, summers are drier and hotter, and extreme weather events are occurring more frequently. The ‘natural’ wear and tear of time is exacerbated by each of these additional risk factors. 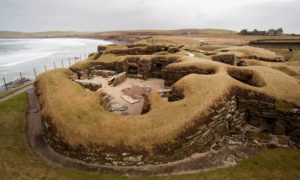 Adam Markham, deputy director of the climate and energy program at the Union of Concerned Scientists highlights the realities of protecting cultural heritage from climate change: “The best preserved Neolithic settlement in Europe, 5,000-year-old Skara Brae is only being prevented from being lost to coastal erosion and the sea by a sea wall that needs constant repairs and cannot protect the site forever as storms worsen and sea levels rise.”

According to the Climate Change Risk Assessment Report, the effects of climate change threaten the majority of over 300 cultural heritage sites in HES’ direct care. Edinburgh Castle, Holyrood Park in Edinburgh, Glasgow cathedral, and Skara Brae are just a few of the sites rated at ”high” or “very high” risk from the effects of climate change. 89% of the Scottish sites were categorized as at high risk, but the study also calculated that ongoing restoration and maintenance would reduce at risk sites to 53% of those surveyed.

Some of the changes that have already been experienced, and are predicted to increase, include rising sea levels, increased storm severity, rising temperatures, extremes in precipitation or drought, and the resulting fire danger, coastal erosion, and landslides associated with them.

Statues of Robert the Bruce and William Wallace on the gate of Edinburgh Castle, added in 1929. Photo By Md. Atlaf Rahman via Wikimedia Commons.

The report identifies specific types of risks from natural hazards (for example, slope instability, pluvial, fluvial or coastal flooding), defines the degree of risk and relates it to the type of construction at each heritage property. HES developed an impact scoring system in order to consistently measure the potential environmental impact on the sites. Assessing the likelihood of future damage is all important in determining how to allocate resources for defending the properties that HES is responsible for.

HES found 28 sites at ‘very high’ risk, and another 160 as ‘high risk.’ The report notes that a heritage property may be categorized as at ‘high risk’ when only a small section of the physical area is seriously threatened. Nonetheless, HES deems any ‘high risk’ site a priority for maintenance and repair to stave off further damage, such as “rock containment at Edinburgh Castle… or coastal protection works at Blackness Castle.”

‘Water is the Most Destructive Agent of Decay’ 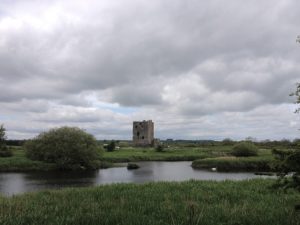 Many of Scotland’s early buildings were designed to withstand serious inundations, and to take advantage of the defensive protections of surrounding waters. Nonetheless, a monument such as Threave Castle, built in 1369, is dealing with higher water levels than ever before, with 2015 having the highest rainfall ever recorded.

The formidable Fort George, built in the 18th century, and considered one of the mightiest artillery fortifications in Europe, is now on red alert for ongoing damage from coastal erosion.

Inchcolm Abbey on Inchcolm Island on the Firth of Forth is under attack from rising and stormy seas as well as risks for slope instability and groundwater flooding. Incholm Island is mentioned in Shakespeare’s Macbeth, referring to the Danes’ preference for burying their chieftains on islands in Scotland, despite the Scots charging a high fee for the service. Apparently, feral dogs and wolves were known to dig up and eat bodies on the mainland. 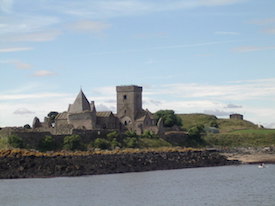 That now Sweno, the Norwayes King,
Craves composition:
Nor would we deigne him buriall of his men,
Till he disbursed, at Saint Colmes ynch,
Ten thousand Dollars, to our generall use.

As well as housing a monastery for 800 years, Inchcolm Island repeatedly served as a military garrison for the Scots, the English, and Italian mercenaries. Over the centuries, it was stocked with various armaments and was reinforced with batteries of guns in the First and Second World War. 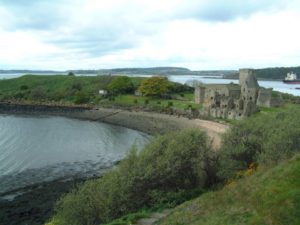 The Brough of Birsay, where a part of the thousand-year-old Norse settlement has already succumbed to the sea in recent times, is at very high risk for further destruction from coastal erosion. This heritage property has Pictish remains, a later Norse settlement from 900 CE, and still later, the Church of St. Peter and a monastery were built. The Orkney tidal island is just 7 miles from Skara Brae and accessible by causeway.

The Climate Change Risk Assessment Report is clearly a valuable model for other national heritage organizations. Scotland is leading the way in creating assessment methods for the impact of a changing climate on cultural heritage sites, with an eye toward protecting the most threatened of those, an example that may inspire the rest of the world in protecting its cultural heritage.