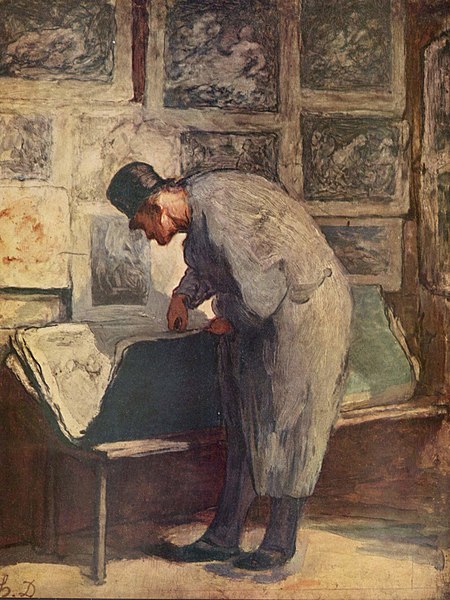 International art trade federation CINOA has called for a halt to false and misleading claims that the art trade is linked to widespread illegality. In a press release issued March 14, 2022, the organization says that the reckless use of bad data as a foundation for legislation is harming legitimate art trade participants. CINOA, along with the International Association of Dealers in Ancient Art and other trade and cultural policy organizations, has demanded that policy-makers take a more responsible approach to art market issues, with real engagement between the authorities and market representatives, such as trade associations so the trade can provide their insight, expertise and assistance.

Every investigative report for the last ten years seeking evidence of trafficking, terrorism financing or money laundering in the art market has failed to find noteworthy evidence, according to Erika Bochereau, Secretary General of CINOA, the principal international confederation of art and antique dealers. “The US Treasury Report is the latest report looking into possible links between money laundering and terrorism financing through the trade in works of art,” she says.

“What does it conclude? That the justification for urgent and wide scale measures is not there, the risks for the majority of the art market are very low and proposals to regulate the market should be delayed until the US government has dealt with the more pressing problem of shell companies and real estate.”

“This means that every major report investigating trafficking, terrorism financing or money laundering links with the art market since the war in Syria began has found very limited issues,” said Erika Bochereau, “Yet still the authorities target dealers, collectors and auction houses with wave after wave of damaging and unjust legislation. This has to stop.” 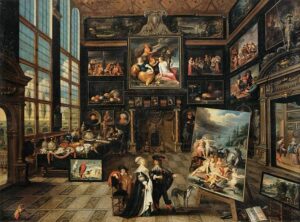 In addition to the U.S. Treasury Report issued in February 2022, which found the art market a low risk for illegal trafficking, money laundering or terrorism, four other government financed reports have reached similar conclusions: the Rand Corporation (2020), Deloitte 2017), Ecorys (2019), and German’s Illicid Report (2015). Institutional reports such as a Study by King’s College in London into ISIS financing (2017), FATF/Egmont Trade-based Money Laundering: Trends and Developments or the annual reports by an international customs organization, the World Customs Organization Illicit Trade Report point to other industries as having far higher risk of criminal activities.

Despite the lack of significant evidence of crime or laundering, government policies are being driven by false claims, says Bochereau, “and repeated continuously by official bodies and the media.”

“One such example is the UNESCO claim that the annual value of trafficked cultural property is $10 billion. If I was being cynical, I would think that this is a very useful figure when it comes to helping UNESCO justify and promote new initiatives as well as ensure funding across member states, but the figure is completely unfounded. These exaggerations hurt the reputation of the established trade and even those promoting more regulation admit that $10 billion is not a realistic figure.”

“In fact, it is precisely these inflated claims that make the prospect of looting and trafficking
more attractive to criminals. This is another reason to stop exaggerated claims.”

“As an example, in January two UNESCO events starkly contrasted approaches,” said Bochereau. “In one almost 100 art market actors took part in a highly constructive debate reviewing UNESCO’s proposed revision of their code of ethics for dealers of cultural property, which showed how taking a good faith approach can pay dividends for all concerned.”

“In the other [UNESCO event], debating money laundering and the art market, not one of the invited speakers came from the market and no one from the market was even allowed to ask a question or provide answers to some of the valid questions raised.”

Bochereau added, “It is unacceptable that we have been excluded from most consultation discussions which determine the details of the proposals that affect our sector; responding by a written submission is not the same as having a working dialogue.” 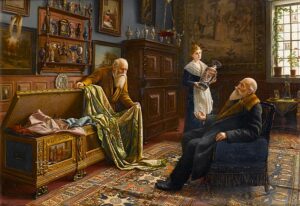 A plethora of short term projects focused on illicit trade have actually inhibited understanding of trade practices by failing to involve and ask questions of knowledgeable participants.

The European Union’s harsh new Regulation (EU) 2019/880 of the European Parliament and of the Council of 17 April 2019 on the introduction and the import of cultural goods claimed to be directed at halting the financing of terrorism through the art market. The legislation severely limits imports of various types of art and antiquities and requires impossible to meet standards for documentation of legal export – when permits were rarely issued by source countries – and when they were issued, were lost as artworks circulated for decades. The authors of the CINOA statement questioned: what was the real purpose and goal of the legislation?

Vincent Geerling, President of the International Association of Dealers in Ancient Art, says that after at least eight independent reports discounting terror and money laundering, still no actual evidence of it has emerged. “So why was the law ever passed, especially as the principle of subsidiarity restricts EU legislation to certain areas like safety and does not extend to protecting cultural heritage outside the EU?” Geerling questions.

“The only conclusion that we can draw from this is that this urge to clamp down on the market is based on misunderstanding and propaganda, not on evidence. The persistent claims that the art market is connected to billions of euros worth of trafficking, terrorist financing and money laundering are utterly unproven despite millions of euros of public money being spent over the past decade on numerous projects and studies attempting to prove this connection.”