Management plan and size of protected area from oil, gas, and mineral extraction in question. 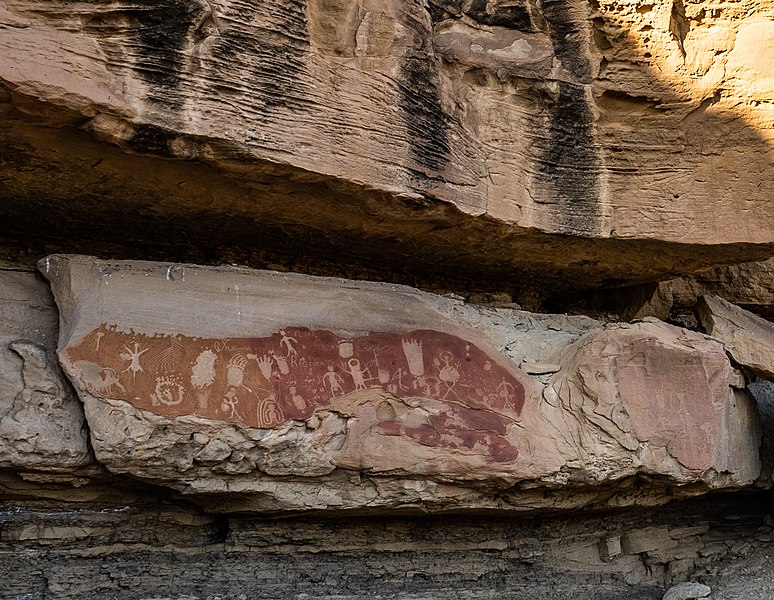 The federal government is now seeking public comment on the future of one of the most significant cultural sites in the United States, the Chaco Culture Historical Park in northwestern New Mexico. In late February 2020, the Bureau of Land Management (BLM) and Bureau of Indian Affairs (BIA), announced proposed revisions to the park’s management in a draft Farmington Mancos-Gallup Resource Management Plan Amendment and Environmental Impact Statement. These are the first revisions put forward by the agencies since 2003. The public comment period ends on May 28, 2020. 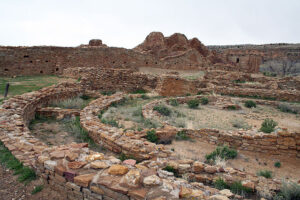 The designated Chaco Culture Historical Park was at the center of a vast civilization in what is now the American Southwest – a site of the Ancestral Puebloan culture. Chaco Canyon still holds the remains of grand kivas and great houses – Pueblo Bonito, Una Vida, Peñasco Blanco and others. The Hopi, Zuni, Navajo and Pueblo peoples of the Four Corners region (where Utah, New Mexico, Colorado, and Arizona meet) all claim ancestral and spiritual ties to Chaco and its connected communities. The most important sites to archeologists were built in the Pueblo II and Pueblo III eras, from about 900 to 1350 AD.

In May of 2019, U.S. Interior Secretary David Bernhardt announced a yearlong moratorium on oil and gas lease sales within 10 miles of Chaco Culture National Historical Park. This move was followed by the passage by the House of Representatives of H.R. 2181, the Chaco Cultural Heritage Area Protection Act in October. The Act will withdraw a ten-mile radius around the park from development – 316,076 acres of federal land rich in oil, natural gas, coal and other minerals. A Senate version, S. 1079, is currently in a holding pattern, still awaiting a vote in the Senate Committee on Energy and Natural Resources.

Increased oil and gas drilling close to the park had sparked concern among New Mexico and Arizona tribes and pueblos, as well as the general public, that encroachment would impact archeological and ceremonial sites in the region. Environmental and archeological groups have voiced concern that energy extraction development so close to the park would impact its status as a World Heritage site and International Dark Sky Park.

In January, the Navajo Nation Council withdrew their support for the ten-mile buffer and voted to approve a five-mile buffer zone instead, stating that the reduced size would allow Navajo land owners greater rights to enable development on their lands.

According to New Mexico’s congressional delegation, the Navajo Nation Council’s decision was based upon a misunderstanding of how the buffer zone would impact Navajo landowners. A joint statement by Senators Tom Udall and Martin Heinrich  and Representatives Luján, Torres Small and Haaland pointed out that the Chaco Cultural Heritage Area Protection Act does not affect tribal or private lands or the mineral rights of an Indian tribe or tribal member to trust land or allotment land. 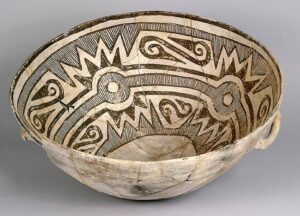 The All Pueblo Council of Governors, archaeological oganizations, and environmental groups continue to support a ten-mile buffer, saying that reducing it would leave more than twelve important ancient Chacoan communities, including many more individual sites, vulnerable to destruction by development. A video of the viewscape of the  Pierre’s Place Outlier is available; it is the largest of the Chacoan communities in the ten-mile buffer zone and located at its outer edge.

Meanwhile, the Bureau of Land Management and the Bureau of Indian Affairs, both agencies under the Department of the Interior, are requesting comments from the public on the Environmental Impact Statement and on whether a five-mile Federal buffer around CCNHP should be considered. 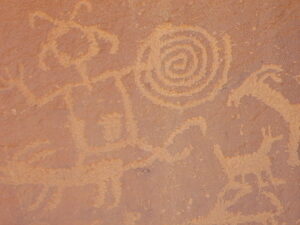 Comments can be submitted via the web address, https://go.usa.gov/xdrjD, or by mail to: