If the Pumas and the Flesh-Destroying Leishmaniasis Don’t Get You, the State Department Will

Bulgaria. Author Diego Delso. Pobiti Kamani, is the only desert in Bulgaria and one of few found in Europe. The desert consists of sand dunes and several groups of natural rock formations on a total area of 13 square kilometres.

The Committee for Cultural Policy and Global Heritage Alliance will submit testimony to the Cultural Property Advisory Committee (CPAC) at the Department of State on two proposed renewals of agreements to bar entry to the U.S. of “cultural property” from Bulgaria and Honduras, and also on the new Request from the People’s Democratic Republic of Algeria. The objects proposed to be barred from import from these countries are comprehensive. They cover a period extending over 9000 years, and include everything from coins to manuscripts, beads and even common tools such as “axes, hoes, picks, and harpoons.”

The Committee invites written public comment on the request and extension. Here’s how you can pass your own message to CPAC:

CPAC meets via video on July 31, 2018 to consider renewals of the current Honduran and Bulgarian MOUs with the U.S.

If you wish to make oral comments during the virtual open session, you must pre-register and submit written comments via the regulations.gov meeting docket. If you have not submitted written comments by July 15, then you will not be allowed to register to speak. You must pre-register by phone, (202) 632-6301, or email: culprop@state.gov by July 15. After you pre-register, you will be provided with instructions on how to participate as a presenter. (Be sure to email to say you wish to speak by July 15. The State Department’s Education and Cultural Affairs staff will contact you.)

Our Testimony is Linked Here: Bulgaria and Honduras

Our own research shows that neither Bulgaria nor Honduras can meet the legal criteria to renew such agreements, which include enabling lawful cultural exchange, for example, by organizing traveling museum exhibitions so U.S. citizens can learn about each country’s art and heritage. It also revealed that neither country was taking steps to protect its own cultural property, and expected the U.S. to act as world policeman.  Further, it was clear from auction records that there has been no U.S. market in the last decade for these materials (other than for Bulgarian coins, which circulated in the hundreds of thousands around the world and which may be found in great numbers throughout Europe). 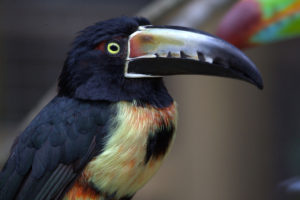 The greatest threat to Honduran archaeological sites is the government’s failure to protect them – especially from the almighty Burger – beef farmers who supply fast-food chains are destroying the pristine jungle where ancient sites are located. The jungle already presents a formidable barrier to looters – with quicksand, hungry carnivores and flesh eating diseases far scarier than prison.

The greatest threat to Bulgarian archaeological sites is the complete failure of its government to fund archaeology or site protection, and the fact that when Communism fell, there were 50,000 Bulgarian coin collectors who have now gone underground.

You can read our testimony on Bulgaria and Honduras. Also, don’t miss our coverage of a brand new U.S.-Algeria agreement that could deny access to heritage by Jews and French Pied-Noirs forced from the country.