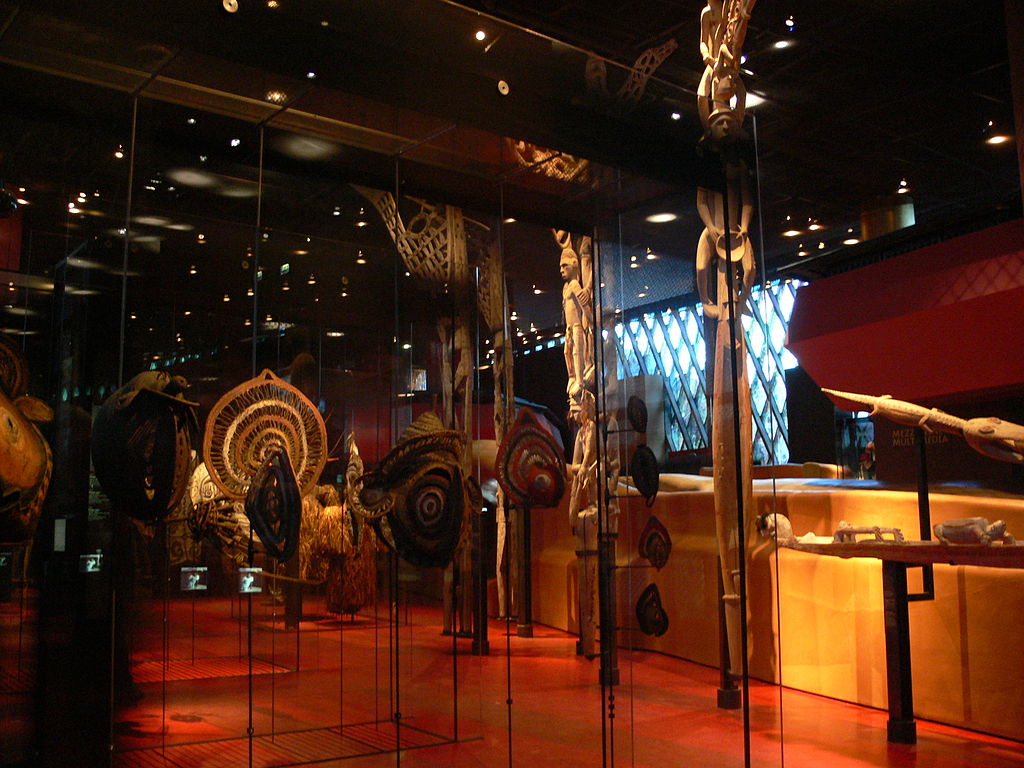 The nation of Benin has requested the repatriation from France of thousands of objects procured during colonial rule in Benin at the end of the 19th century. The length of time that has passed undermines any legal claims for return, but ethical arguments remain. Among the challenges are that items are in the hands of French museums, the Church and in private collections. There is no list of missing items, but the parties pressing for return believe there are 4500-6000 items that should go back to Benin.

Another issue may be the future safety of objects if they were sent back to Benin. The recent direct threats to Benin by the Islamic terrorist group Boko Haram, and the group’s strategy of creating chaos and destruction as a means of cultural genocide (and of generating outraged publicity), raises persistent questions about the security of repatriating significant numbers of cultural objects to that region.

Benin, formerly the Kingdom of Dahomey, was under French colonial rule from around 1892 until 1960, when the country gained independence. France “acquired” most of the treasures from Dahomey during a period of colonial fighting between 1892 and 1894. Missionaries also brought numerous cultural objects back to France during the same period. Benin’s ambassador to UNESCO, Irenee Zevounou, is pursuing negotiations with both the French state and the Church for the return of thousands of cultural objects including swords and thrones, that are thought to now reside in French public and private collections.

The repatriation request is complicated by French and international law, by the lack of an official list of objects, and the fact that the former Kingdom of Dahomey included parts of Nigeria as well as Benin – which country can make the claim? The part of the 1970 UNESCO Convention which covers the repatriation of cultural objects states that the signatory nations must “ensure that their competent services co-operate in facilitating the earliest possible restitution of illicitly exported cultural property to its rightful owner.” But what is “illicitly exported” in this 19th century context?  The Convention (although ratified by France in 1997) is not really implemented there – for all practical purposes, at least, since it is a major tribal market and home some of the largest tribal art sales in the world, such as Parcours des Mondes. France also upholds the “inalienability and imprescriptibility” of objects that have been part of French public collections for more than a century.

Neither the Benin government nor the civil society groups requesting return can make a valid argument that the cultural objects would be preserved if they were returned to Benin. Although the political situation in Benin is relatively quiescent compared to its neighbor, Nigeria, there is a potential threat from the Boko Haram insurgency, which has resulted in the deaths of an estimated 20,000 individuals and the displacement of over 2.3 million people in the region. While a coalition of soldiers from Niger, Nigeria, Cameroon, Chad and Benin appeared to have subdued the ultra-fundamentalist Islamic group in 2015, a subsequent division within Boko Haram resulted in debate over whether the group would dissipate, or instead gain strength as a dual insurgency.

On March 20, 2017, Newsweek reported that “Boko Haram Vows to Impose Sharia Law in Nigeria, Benin, Cameroon, Chad, Niger and Mali.” Though much of Boko Haram’s activity has been in Northeastern Nigeria, the fact that they’ve named Benin as a target is concerning.

Agreements for long term loans or safe harbor also seem to be part of President Francois Hollande’s agenda on cultural property, and this may be an avenue for discussion, if France tolerates any claim at all. In spite of the cultural destruction that has occurred at the hands of ISIS and other terrorist groups, the granting of safe harbor to items from war zones has often been overlooked in recent years, in part due to misguided concerns that antiquities were being used to finance terrorist activities. A proactive approach using safe harbor as its foundation may do much to protect cultural heritage in countries under threat from terrorism and war.

Hollande has taken direct measures to support just these aims. In a November 2015 address to delegates at the 38th UNESCO Conference in Paris, he proposed bringing Syrian antiquities to France for safekeeping. Since then, in September of 2016, he announced a $100m fund to combat terrorist attacks on cultural sites and “protect the resources of humanity” in the Middle East. In November of the same year he unveiled a plaque for a Louvre Museum conservation facility in Liévin, designed as a haven to hold art and antiquities from countries in crisis until they can be safely repatriated to their country of origin.

A discussion between the parties that focuses on preservation and public access to objects in both France and Benin may be the most fruitful and least fraught with political jockeying – and the most prudent where war and terrorism are present threats.