Archaeological Discovery Points to Long-lost Settlement of Sarabay in Florida 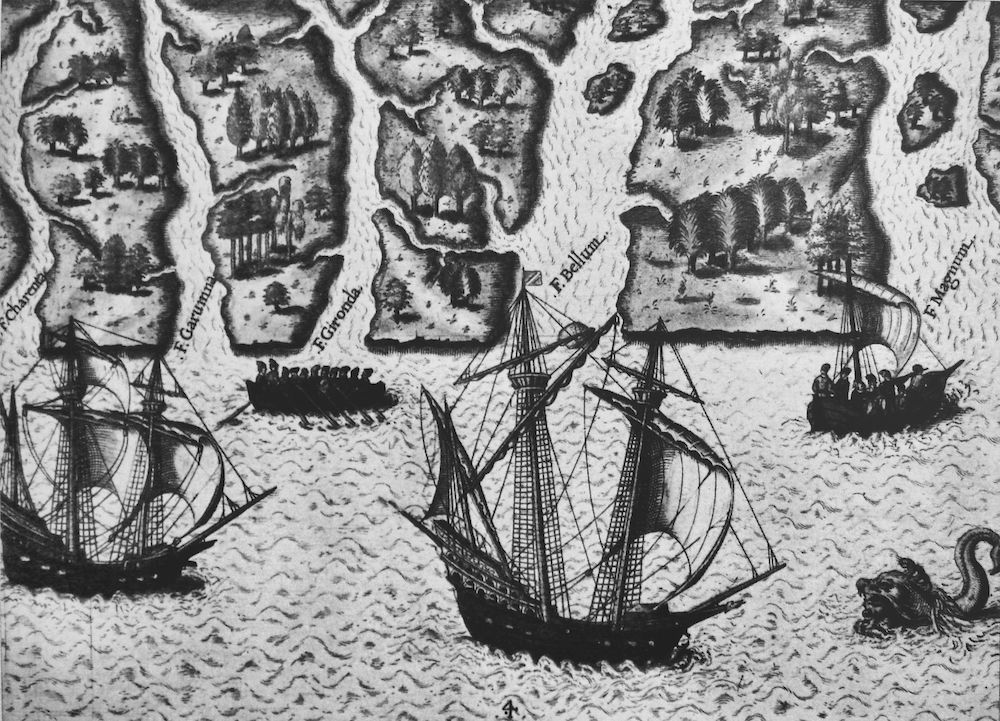 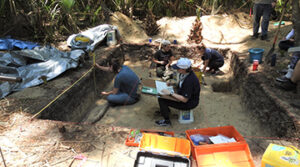 Work in the field by the archaeological team lead by Dr. Keith Ashley. Credit University of North Florida Archaeology Lab.

An archeological team from the University of North Florida (UNF) led by Dr. Keith Ashley, UNF Archaeology Lab director, announced the excavation of an important Native American site in June 2021. The Mocama Archaeological Project at UNF is focused on the Mocama-speaking Timucua Indians of northern Florida’s Atlantic coast. The researchers say that they are now “fairly confident” that the excavation they are conducting on Big Talbot Island, outside of Jacksonville, Florida, is the site of the long-lost indigenous settlement of Sarabay.

Sarabay was a point of contact in 15th-16th century European attempts to trade, Christianize and make use of the Native peoples as war allies and workers in what the Spanish called ‘Las Floridas’. Among the evidence of cultural contact found by the archaeological team are more than 50 pieces of early Spanish pottery.

The village of Sarabay was part of a larger collective of chiefdoms and clans that encompassed the majority of what is now Southern Georgia and Northern Florida.  They were connected by a common linguistic system called “Timucua” by the French and Spanish that first encountered them in the 1500s and later recorded their language.  The language had many different dialects. The people in the village of Sarabay spoke a dialect termed “Mocama” by the Spanish, meaning “of the sea,” since they lived along the coast of the Atlantic Ocean and its connected waterways. 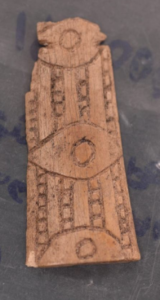 While earlier historians thought of the Timucua as living very simply in the salt marshes of the region, thanks to new research, this perspective is changing. For thousands of years prior to European contact the people of this region were  “…involved in far-flung trade networks all over the Southeast,” according to Ashley in the article, The Mocama: New name for an old people, in the Florida Times Union.

A thousand years ago, Native American peoples in Florida were importing copper from the great civilization of Cahokia, over 800 miles away, near present day St. Louis. Trade items from Florida included shark’s teeth and shells. These items were later found in Native American sites in Wisconsin and Michigan. Archeological evidence for the inhabitance of this area goes back over 4,500 years.

Spanish explorer Ponce de Leon claimed the area for Spain in 1513, but French Huguenots actually established the first settlement in 1562 and built Fort de la Caroline in 1564, under Jean Ribault and René Goulaine de Laudonnière. Sarabay was mentioned in the fort’s records. At that time the village was under the Mocama Chief Saturiwa, who sought the French as allies against another Timucua group, the Utina.

Fort de la Caroline and the Huguenot settlement were short lived. In 1565 King Philip II of Spain sent Pedro Menendez de Aviles to drive out the Huguenots, considered to be Protestant “heretics” by the Catholic monarch.

According to Daniel Stowell, in the 1996 Timucuan Ecological and Historic Preserve: Historic Resource Study, King Philip II declared that:

“as we have in mind the good of the salvation of those [Indian] souls, we have decided to give the order to send religious persons to instruct the said Indians, and those people who are Christians and our subjects, so that they may live among and talk to the natives that may inhabit those lands and provinces of Florida, and so that [the Indians] by association and conversation with them, might more easily be taught our Holy Catholic Faith and be led to good practices and customs and to perfect behavior.” 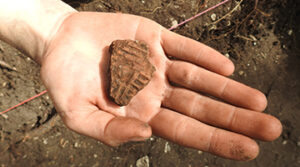 Soon after ousting the French, the Spanish opened missions in La Florida to convert the indigenous people in the area. The village of Sarabay was one of nine villages “served” by the late 16th/ early 17th, San Juan del Puerto mission and in turn by Father Francisco Pareja.

Father Pareja lived among and ministered to the Timucua, primarily the Mocama, for thirty-three years.  His contribution to history was that of a linguist. Stowell wrote, “Between 1612 and 1627 Pareja published several religious works written in both Timucua and Spanish for the use of missionaries and their converts.” Pareja was the first to systematize an indigenous language in the Americas.

In Professor Ashley’s video lecture, The Isle of Sarabay: The Archaeology and Indigenous History of Today’s Big Talbot Island, he notes that Father Pareja identified the distance from San Juan del Puerto mission to Sarabay as one-quarter of a league, which puts the archeological site being excavated by the team in the right location for the lost village.

Also according to the UNF archaeological team,

“The type and amounts of Indigenous pottery the UNF team is finding, combined with the type and dates for European artifacts as well as cartographic map evidence, strongly support this location as being the late 16th/early 17th century Mocama settlement.” 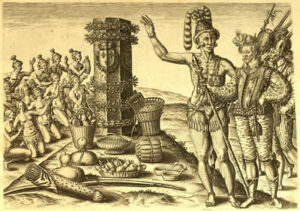 An engraving by Theodor de Bry supposedly based on drawings by Le Moyne, Athore, son of the Timucuan king Saturiwa, showing Laudonnière the monument placed by Ribault.

The team will continue investigating the site to look for houses and evidence of public architecture. Unfortunately, like other Native groups in contact with Europeans, the indigenous communities did not survive. Post-contact wars and disease gradually decimated the Timucua. The last of them emigrated with the Spanish to Cuba after the 1763 Treaty of Paris transferred Florida to the British and they and their language and customs vanished from the historical record.

Of note: a few years ago, the Cummer Museum of Art & Gardens in Jacksonville, Florida exhibited works by Jacques Le Moyne, a French artist who accompanied the expedition of Jean Ribault and René Laudonnière to colonize Fort Caroline. Also shown were engravings by the Dutch publisher Theodore de Bry of Mocama life, that were supposedly based upon lost paintings by Le Moyne. Now, however, it is thought that the engravings were likely to have been entirely fantastical, not by Le Moyne, but invented and his name borrowed by the publisher.

An engraving by Theodor de Bry depicting Timucuans capturing and killing an alligator.

Le Moyne’s style is more delicate and skilled (he is best known for his maps and botanical works) and there are incongruous elements in the engraving that are unlikely to have been made by someone who had been in Florida – for example, the inclusion of mountains in the background.

Le Moyne’s original works done in Florida were almost all lost in an attack by a Spanish force from St. Augustine intended to destroy the Huguenot community at Fort Caroline. Le Moyne fled the attack together with several dozen others and after having barely survived a perilous sea journey, they made their way to England and France. Le Moyne’s description of this transatlantic voyage was published by de Bry in Frankfurt in 1591, an important record of travel in the New World. Le Moyne’s narrative of 16th century exploration is currently available on the webpage, Early Visions of Florida.