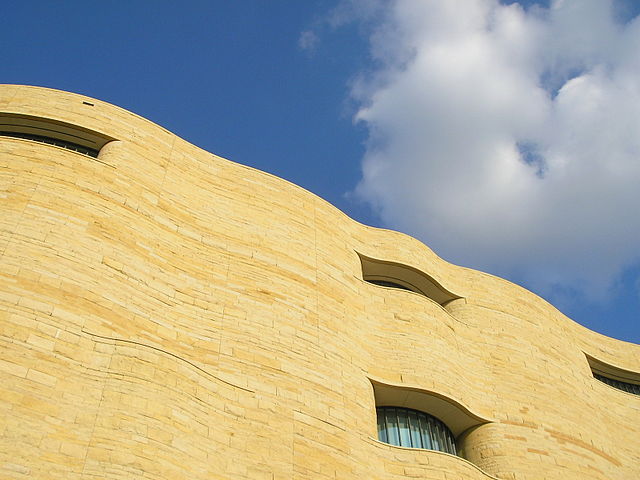 Side of the National Museum of American Indian in Washington, D.C., Author Aguebor, 10 September 2017. Wikimedia Commons.

A third version of the Safeguard Tribal Objects of Patrimony (STOP) Act, (H.R. 3846 in the House) was introduced on July 18, 2019. Sponsor Senator Martin Heinrich, who introduced a parallel Senate bill (S.2165), says the STOP Act will “prohibit the exporting of sacred Native American items and increase penalties for stealing and illegally trafficking tribal cultural patrimony.” 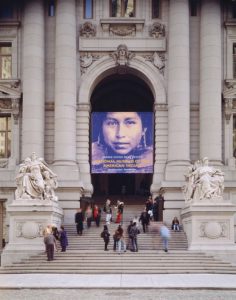 Others vehemently disagree. ATADA, an art dealer, collector and museum organization, has advocated strongly for protecting sacred items and established a grass-roots, community-based program to return sacred objects to tribes. ATADA says that the bill will be disastrous for all businesses selling Native art across the country, for tourism in the Southwest, and for Native American artisans.

“We all want to halt illegal trafficking and bring sacred items back to tribes. Building ethical relationships with the tribes is an important part of ATADA’s job. It’s the foundation of our Bylaws and our community-based Voluntary Returns Program. We’ve brought close to 200 important sacred items back to tribes in just a few years,” says ATADA’s President, Kim Martindale. “These items were lawfully owned by private collectors, but they needed to go back to support the tribes’ goals.”

But, according to Martindale, “This 2019 STOP Act is seriously flawed. It doesn’t just restrict export of sacred items. It requires a permit for items as low as $1 in value and keeps secret what can and can’t be exported. The way this bill is written, it can require every person carrying or shipping an Indian item out of the U.S., including small items purchased by tourists, to submit a photograph and a form through a federal system that will have to be created from scratch. To get an export permit, each item will be subject to tribal review covering the 568 federally registered tribes, plus Hawaiian organizations and Alaskan villages. The review system will operate in secret, and without any time limit.”

Because the bill doesn’t specifically identify what it covers and can include commercial items, it will force people to guess whether they need to apply for a permit. Martindale explained, “There is not even a way to find out the reason for a seizure through a Freedom of Information Act request.” Under the bill, the item does not have to be illegally owned or stolen to be seized. “If they guess wrongly,” he said, “not only is the item seized, there is little they can do to appeal.” 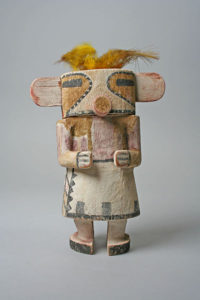 ATADA’s analysis notes that there are even more serious flaws in the STOP Act that should give legislators pause.

ATADA says the immediate effect will be to discourage tourism, paralyze small businesses, and harm Native artisans. “Can you imagine,” say Martindale, “what the effect will be the first time a tourist has an item seized, not because there is anything wrong with it, but only because it has not been subjected to this tribal review?” He grimaced. “Once the word gets around at home, that’ll be the last Italian or German tourist that will come to Santa Fe, and that will really hurt the tribal artisans that rely on the tourist market for most of their annual income.”

Martindale says that his organization wants to work with all parties to fix the bill.

“In 2018, ATADA worked together with tribes and legislators to craft a bill that would protect sacred items. H.R. 7075, the Native American and Native Hawaiian Cultural Heritage Protection Act of 2018, was designed to enhance protections for Native American cultural heritage. It established a practical system for export based around a U.S. Customs system already in place, enabled tribal review, punished violators, and at the same time, allowed businesses to self-certify low value items so the trade in all Indian arts and crafts would not come to a halt.”

Unfortunately, he says, the 2019 STOP Act completely ignores the solutions agreed to and the congressional session ended while the 2018 bill was still in committee. “We can do better than this, working together.” 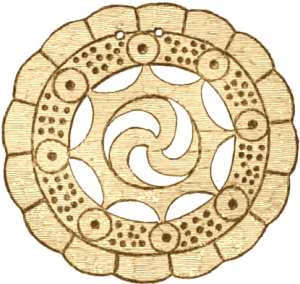 A drawing of a Mississippian culture Nashville I style shell gorget with a triskele design found by William Myer at the Castalian Springs Mound Site in Sumner County, Tennessee and now part of the collection of the National Museum of the American Indian. Gates P. Thruston (1897) The Antiquities of Tennessee (2nd ed.), Cincinnati: The Robert Clarke Company. Wikimedia Commons. 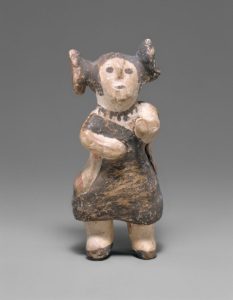