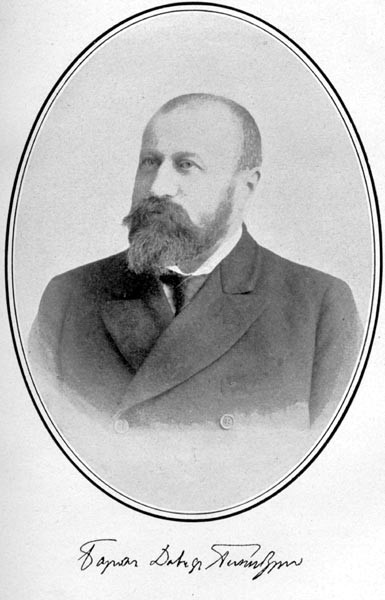 When Russian Zionists bought Baron David Günzburg’s collection of 2,000 manuscripts and 14,000 books from his widow in 1917, they had no idea it would take one hundred years for the collection to come close to residing in a Jewish academic institution, in accordance with the Baron’s wish.

Three generations of the Günzburg family assembled the collection: Joseph Günzburg (1812-1878), his son Horace (1833-1909), and most significantly, Horace’s son, Baron David Günzburg (1857-1910). Baron David Günzburg was an Orientalist and Jewish community leader. His wide-ranging interests in Judaic studies, philology, medieval Arabic poetry, and Hebrew literature inspired him to develop the library into “one of the largest and most important private collections in the world”.

After David Günzburg’s death in 1910, the Jewish Theological Seminary (JTS) of America in New York City was the first to negotiate to buy the collection from his widow. The outbreak of World War I prevented the seminary’s representative from making the journey to St. Petersburg to retrieve the library.

In 1917 a group of Russian Zionists (the group’s official designation is not stated) signed an agreement with Günzburg’s widow to buy the collection for the Jewish public library in Jerusalem. The onset of Russian Revolution once more kept the purchasers from traveling to the country to secure the library.

Around 1920 the Soviet government appropriated the Günzburg collection, moving it to the State Library in Moscow, where it has since remained. Many people, including Albert Einstein, have tried over the years to convince the Soviet Union to honor the Russian Zionists’ purchase agreement. Nevertheless, the Soviet government refused to consent to the library’s removal.

Finally, on November 7, 2017, Russia and Israel signed an agreement for Günzburg’s extraordinary collection to be digitized. The physical collection will remain in the Russian State Library in Moscow, but the digital copies will be shared with the National Library of Israel in Jerusalem. Russian billionaire Ziyavudin Magomedov’s Peri Foundation made a gift in an undisclosed amount to fund the project.

Relations have warmed between Russia and Israel since the elections of Russian President Vladimir Putin and Israeli Prime Minister Benjamin Netanyahu. Putin’s alleged pro-Israeli perspective and Netanyahu’s personal intervention urging digitalization of the collection are said to have facilitated a belated agreement between the Russian State Library in Moscow and National Library of Israel in Jerusalem. Once it is digitized, the collection will be accessible online at the National Library of Israel’s digital manuscript archive, the “Ktiv” project, launched earlier in 2017.

The collection includes a remarkable range of documents, from Aristotelian treatises to mystical works of Kabbalah. Rare and as-yet unpublished manuscripts, including Talmudic commentaries, responsa to Jewish religious law (Halakha), and an almost unknown commentary on Ptolemy’s Almagest, will make the collection an invaluable resource for researchers in many branches of history, not only Judaic studies.

Although the physical collection of books and manuscripts will remain in Moscow, the spirit of David Günzburg’s intention to have the collection in a Jewish academic institution will be fulfilled through its digitization. Some in Israel’s government have not yet given up hope of securing the physical collection itself. However, the head of Israel’s National Library collections, Aviad Stollman, says that for now, “we’re putting aside the question of ownership and looking forward.”